Also Batman: Bad Blood, which is sadly not a TSwift tribute. 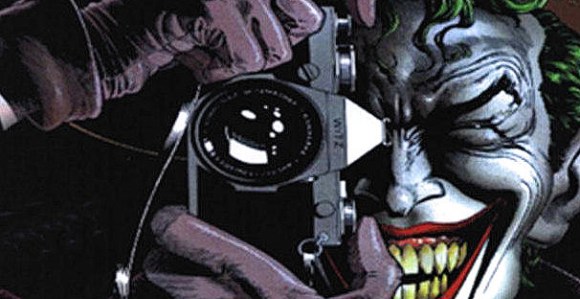 When Justice League: Gods and Monsters premiered at Comic-Con last night, it was also announced (by Bruce Timm himself) that the next animated project he’s working on for DC is an animated adaptation of The Killing Joke.

We’ve voiced our opinions on referencing The Killing Joke before. Yeah, it’s totally one of the most iconic stories of the Joker’s origin. But man, there sure are a lot of people who are absolutely obsessed with this story.

Regardless of your stance on The Killing Joke, it is incredibly nice to see Timm diving back into some animation projects. Justice League: Gods and Monsters–judging by the bits put up on Machinima last month–is a pretty interesting series. Yes, it totally continues the trend of “grimdark serious mode…” but that Wonder Woman/New God Bekka short though.

What do you think, folks? Are you excited about The Killing Joke or is it maybe time to put it to rest?