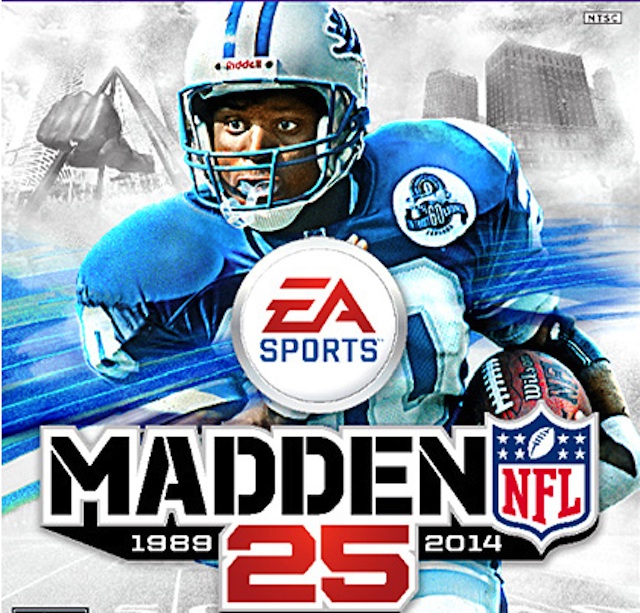 To celebrate the 25th Anniversary of the Madden football franchise, EA asked fans to vote on who would make the cover of the latest game. Apparently, the fear of the Madden Curse was enough to prevent everyone from voting for a player who could end up on their fantasy team, making the choice clear — Detroit Lions Hall of Famer Barry Sanders will grace the cover of Madden 25.

With more than 40 million votes counted, Sanders took the cover with a commanding 58% of the vote, easily outpacing the rest of the running backs in the conversation, which is fitting, since that was Barry Sanders whole thing during his career.

Oh, and for all of you wondering if I’m just writing this article so I have an excuse to put clips of Sanders outrunning everyone on the field in Tecmo Super Bowl…I mean, that’s not the only reason. But hey, since you brought it up…