Electronic Arts is Apparently Making a Movie About the Madden Curse 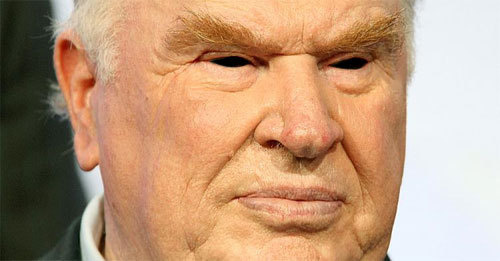 You know the Madden Curse? That seemingly impossible, yet oddly convincing curse that befalls players who have appeared on the covers of the Madden video game box art, in which their careers usually take a turn for the worse after appearing on said box art? Well, Electronic Arts is working on a movie about the Madden Curse. The best part about this? It’s not a documentary.

According to The Wrap, an EA insider claims the Madden Curse movie is being spearheaded by VP of Electronic Arts Pat O’Brien, and “the story will follow a former Madden video game champion who is forced out of retirement just as he finds himself on the corner of of the game’s cover–and subject to the curse.”

What the EA insider doesn’t explain, of course, is how a video game champion went into retirement in the first place, why he must once again pick up the controller, and how he will avoid the Madden Curse in order to save mankind from the evil alien invaders that challenged Earth to a Madden contest to determine the fate of the human race.

In all seriousness, one can only hope this movie is a comedy, right? It actually kind of has potential as a comedy. Can’t you just see the training montage where he’s running on a treadmill, playing Madden with a wireless controller, while his Xbox GamerScore is prominently displayed on a big lighted board behind him, quickly ticking upward as “Eye of the Tiger” blares throughout the scene?

(The Wrap via Eurogamer; title pic via Kotaku)