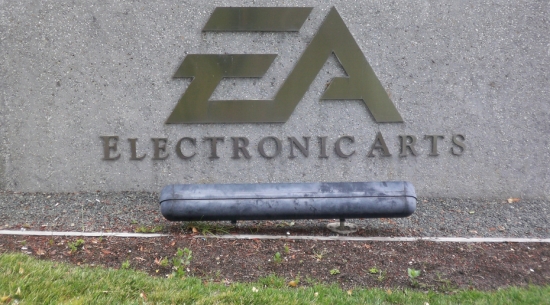 Every year Consumerist asks the Internet to participate in a survey to find the worst companies in America, and this year it’s video game maker Electronic Arts. They “won” last year’s survey too, making them the first company to ever win consecutive Consumerist “Golden Poo” awards. It appears the Internet has some kind of ax to grind against the purveyor of such games as Battlefield, Madden NFL, and Mass Effect. Why do you hate EA so much, Internet?

One reason for EA’s second Golden Poo could very well be the complete debacle that was the SimCity 5 launch. That got a lot of people’s ire up, because it was a launch in the sense that people could buy the game, but less so in the sense that they were able to play it. The game’s proven-to-be-unnecessary always-online requirement hasn’t helped public reaction to the game either.

So has SimCity single-handedly sunk EA for another year? Maybe, but Consumerist has its own ideas on how EA has failed. The three reasons they list are that EA failed to provide a product people want and like, to sell their products at reasonable prices, and to support the products they sell.

To the first point, Consumerist points out that although EA has some great games we love to play, they also have a bunch of lousy ones. If they have a great game, they’ll rush out sequels to cash in on the brand instead of creating another great game.

They also call EA out on their pricing, which seems arbitrary in many cases. It’s also pointed out that because EA has deals with sports leagues, their competitors can’t really offer a comparable game about, for example, the NHL, that’s better or cheaper than EA’s game. EA offers a lot of games that are free to play, but that quickly and repeatedly ask players to make in-app purchases to help them play. Their “free” games can add up pretty quickly.

Finally, EA is chided for not supporting their games. Again, SimCity 5 is a good example, but it’s common for players to have issues with other games that go unresolved. Another point Consumerist makes is that it doesn’t seem like EA has learned anything from their first Golden Poo, and is instead doing more nickel-and-diming of gamers. It doesn’t look like EA is going to turn things around soon, despite assurances from the company that it will “do better.”

It might be too early to fill out next year’s Worst Company in America bracket, but I’d say right now the smart money says it will be a three-peat.