Bachelor Party Seeks Topless Dungeon Master Who Has Her Own Books, Somehow Endearing 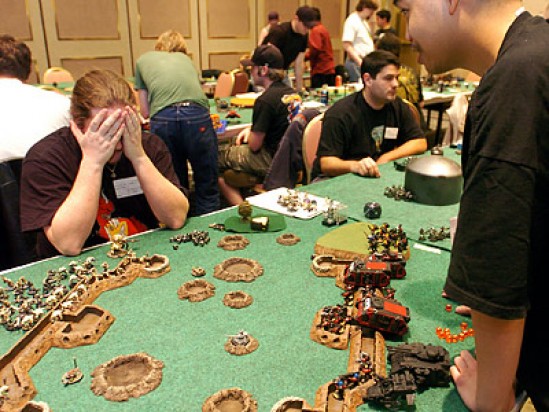 Bachelor parties are kind of an odd tradition, but tradition they remain. However, the tradition of what they entail isn’t so much set in stone. Sure, some people end up on a crazy adventure in Las Vegas with Bradley Cooper (and really, who hasn’t?), but others just want to have one last bachelor hurrah eating junk food and playing some old-fashioned tabletop games. The person behind this ad on Craigslist, though, is shooting for the moon, and asking for the best of both worlds.

The ad somehow isn’t as sleazy as one might expect, and simply asks for a female that has experience in being a DM, and also, you know, will be topless. It’s a bachelor party, after all. Hilariously, the ad makes it clear that the party would prefer if the topless DM brings her own D&D books, because come on, it’s supposed to be a party.

Of course, the attendees of the party know what’s what, and they’re looking for a DM that specializes in the 3.0 or 3.5 rule sets. No topless 4.0 for this bunch. The ad is surprisingly written in an endearing manner, noting multiple times that the only thing expected of the DM is to be a good DM that happens to be topless, nothing more:

Looking for a woman with Dungeon Master experience in Dungeons and Dragons (specifically 3.0 or 3.5 editions) to run a game. The event is for a Bachelor Party and the “future husband to be” would prefer if the DM could be topless. With that said, I ensure you that nothing else is expect of you other than an exciting adventure.

Each of us are gentlemen and will treat the Dungeon Master with the utmost of respect.

The ad also notes that a location for the campaign has not been set, but the choice will lie with the DM, which one would assume was chosen to make the topless DM feel more secure about the party.

Obviously, bachelor parties are known for debauchery, but this ad is somewhat endearing when you think about it. It’s as if either the five guys attending the party really just want to play Dungeons & Dragons, but felt they needed to adhere to the tradition of a naked gal, so they sought out the least possible amount of debauchery possible just for the sake of tradition, or they just couldn’t think of anything more depraved than a topless Dungeon Master. Oddly, there’s something endearing about either scenario.

Either way, if the lady is anything like us, she’ll have a better time DMing topless than having a bunch of drunk dudes drink shots out of her belly button. That was the worst Bar Mitzvah.