Letter From an Exhausted Dungeonmaster 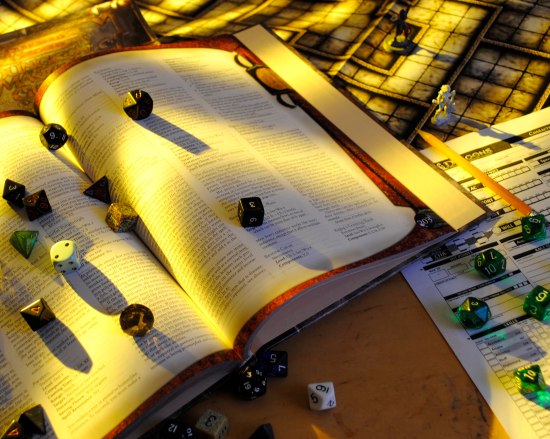 Dear Wizards of the Coast (and by extension Hasbro),

Before we get to the nitty-gritty details of things, let me first state that your company, and parent company, has had a major impact on my life. From G.I. Joe to Dungeons & Dragons, there have been few years in my life that I haven’t been either playing, or playing with, creations from your lines. Magic: the Gathering is another staple that majorly influenced my life; without that hobby, I wouldn’t be where I am now.

So, please take note when I say that my gaming group hasn’t even given 4th edition Dungeons & Dragons a chance, and they likely never will. It’s now been four years since the 2007 reveal of the 4th edition, and my friends show no signs of being even remotely interested. Granted, this is anecdotal at best, but it’s also a personal opinion of an avid player. If I were you, I wouldn’t be so quick to discount it.

That’s not to say everything about the newest edition is all bad. The easiest thing to do would be to blame human nature’s resistance to change for our attitudes, but that’d be a simplistic and dismissive take on it. Due to the sheer amount of material published under Dungeons & Dragons 3.5, there’s no reason to abandon it now when we’ve barely scratched the surface over seven years later.

To be even clearer, between the five of us, we own nearly every Dragon magazine published during that time as well as every book with supplemental rules. Settings, specific details on cities, and even web supplements have been compiled so as to be at our very fingertips. It is not an incredibly easy system to grasp, but in the deft hands of veterans, magic can be woven out of disparate parts.

And that’s the appeal to all of us. Sure, character creation can be arduous. Spellcasting can seem overpowered at higher levels and a death trap at lower ones. And everyone knows to avoid certain feats and classes that seem almost deliberately underpowered. But the complexity of the system, one that constantly offers new challenges and ways to combine different functions of the game, is what intrigues us enough to continue playing.

Make no mistake, I understand what you did and accept it for what it was: An unashamed attempt to simplify the game in order to make it easier for new players. Oh, and to sell a bunch of new stuff to people who already bought all the old stuff. Neither of these things is particularly evil. I won’t fault you for either inclination, given that you’re a corporate entity and everything.

It’s not like I don’t understand the need for revisions or errata either. 3.5 had its share and, to be fair, was itself an update to the crippled 3rd edition that wasn’t very old at the time. These are the hazards of pushing rules to the masses that then add yet more rules to them as time goes on. Something is going to clash with something else. I understand the temptation to start fresh and give it another go.

For a moment, however, let’s talk about what’s at the heart of the matter here: The experience. Any game designer worth their salt should know that the rules and the setting of any game is merely the vehicle to the experience. What 4th edition gives Dungeons & Dragons is a new way to interact with their experience, a new set of rules and numbers to crunch. These things — regardless of whether or not it was intentional — change the nature of the experience that players have at the table.

But our group already liked the one we had. We have no real desire to change, because what incentives have been given beyond negative reinforcement? What you have to understand is that you’re coming off as a clock salesman while I already have something that tells time.

Please feel free to roll a Sense Motive if you so wish,