Time travelers and detectives and angels, oh my! 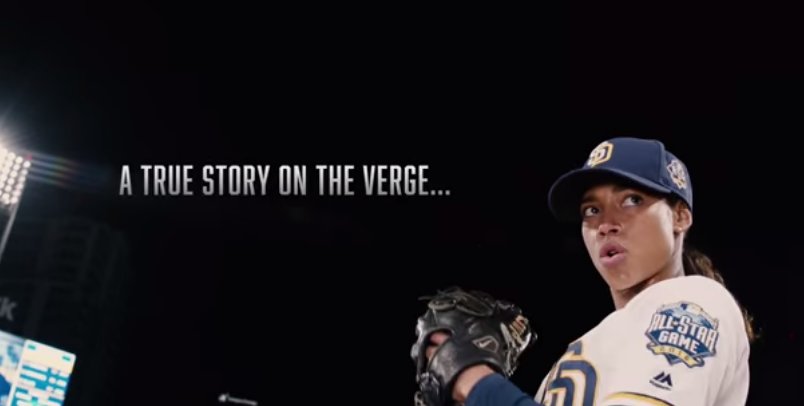 The past year on TV has been a dismal one for women in many ways. Shows like The 100, Sleepy Hollow, and Arrow killed off awesome female characters. Agent Carter was cancelled. Representation of queer women was pretty bad. It’s been hard to be optimistic that Fall shows will improve on that representation, what with CBS allegedly passing on a Sarah Shahi-starring Nancy Drew adaptation because it “skewed too female,” and CBS and ABC ordering a crop of new series that support some depressing gender norms.

But we might be in for some good surprises, too. Below are six of the most promising-sounding female-led series arriving either in fall or midseason.

There have been umpteen books, movies, and TV series about time-traveling men and the patient, time-locked women who love them, but very few additions to the time-travel genre feature a female time-traveler. NBC’s Timeless, which recently got a series order, stars Abigail Spencer (Oz the Great and Powerful) as a history professor recruited by the government to go back in time to the Hindenburg disaster in 1937 and prevent a mysterious criminal from “destroying America as we know it.”

Of the three time travel shows slated for this fall (there’s also ABC’s H.G. Wells’ show Time After Time and Fox’s Making History), Timeless is the only one to focus on a woman. 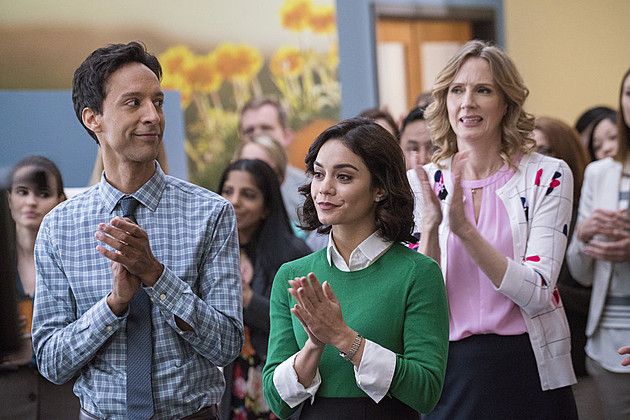 There’s no trailer officially available yet for NBC’s DC Comics superhero workplace comedy show Powerless (although you can watch it here), but the half-hour, Office-style series sounds very intriguing. Powerless has a killer cast—Vanessa Hudgens (Grease Live) stars as Emily, an insurance agent who becomes a local hero after standing up to a superhero disrupting her morning commute; Danny Pudi (Community) plays her best friend; and Alan Tudyk (Firefly) is Emily’s tyrannical boss.

Judging from reports of the series’ trailer, Powerless will poke fun at the DC cinematic universe and Berlanti/CW TV universe, without existing in either (according to IGN, “the trailer begins noting ‘the next great hero’ is on their way, and we see imagery of Batman and Superman facing each other that looks like an altered Batman v Superman promotional image.”)

Powerless sounds like a fun opportunity to showcase some of the more obscure DC characters—Emily stands up to Red Fox in the series’ pilot—and it seems like Emily is going to be a real badass. She’s not powered (hence the title), but the events of the first episode might empower her to become a hero in her own right.

Pitch stars Kylie Bunbury (Under the Dome) as Ginny Baker, the first-ever female Major League player, who has to contend with sexist teammates, the unrealistic expectations of her father, and the pressures of intense media scrutiny when she’s called up to pitch for the San Diego Padres.

I’d honestly be more interested in a show about a pitcher in a women’s baseball league, but the trailer does pass the Bechdel-Wallace test, and Bunbury seems really well cast, so I’m optimistic. Yay, sports!

The Good Place‘s trailer might look a little hokey, sure, but the series creator is Mike Schur, co-creator of Parks and Recreation and Brooklyn Nine-Nine, so it’s clear the show has some talent behind it. The Good Place actually seems pretty similar in tone to Schur’s other series in that it pokes fun at potentially serious subjects (in this case, the afterlife) without being mean-spirited. Kristen Bell stars as a woman who, due to a paperwork mix-up, is sent to heaven after she dies despite deserving a place in Hell (The Bad Place). Ted Danson plays…God, I guess? William Jackson Harper, Jameela Jamil, Manny Jacinto, and D’Arcy Carden also star.

Frequency seems like a show that could either be amazing or infuriating. A gender-swapped adaptation of a 2000 New Line Cinema movie of the same name, the series stars Hayley Atwell look-alike Peyton List (The Flash) as Raimy, a police detective who realizes she can use a ham radio to contact her long-dead father, a detective who was estranged from his family for years before his death. Peyton tries to warn her father about his fate, but accidentally changes her current life (gotta watch out for that Butterfly Effect) in the process, killing her mother.

Frequency’s trailer is pretty suspenseful and delivers all of the fun, supernatural nonsense I’ve come to expect and love from The CW. I can’t help but think the show would be more interesting if Peyton was talking to her long-dead mother, rather than her father—when have you ever seen a family of female detectives in one show—but it should be interesting to see how Peyton interacts with younger versions of herself as well. I wish the series featured more women overall, but I’m intrigued by the concept and will definitely be tuning in.

The new Shondaland project Still Star-Crossed is technically an ensemble series, rather than a female-led one. I’m including it here because unlike many of the above shows, which were overwhelmingly written, produced, and created by men, some bad-ass lady creators are behind Still Star-Crossed. The show is based on a book by Melinda Taub, and is written and developed by Scandal co-executive producer Heather Mitchell. Shonda Rhimes, Betsy Beers, and Michael Goldstein are executive producers. Here’s a synopsis, via Collider:

“Still Star-Crossed,” a period drama from Shondaland, picks up where the famous story of Romeo and Juliet ends, charting the treachery, palace intrigue and ill-fated romances of the Montagues and Capulets in the wake of the young lovers’ tragic fate. The series is based on the book by Melinda Taub. “Still Star-Crossed” stars Wade Briggs (“Home and Away”) as Benvolio Montague, Anthony Head as Lord Silvestro Capulet, Zuleikha Robinson as Lady Guiliana Capulet, Lashana Lynch as Rosaline, Ebonee Noel as Livia, Sterling Sulieman as Prince Escalus, Medalion Rahimi as Princess Isabella, Grant Bowler as Damiano Montague, Susan Wooldridge as Nurse, Torrance Coombs as Paris and Dan Hildebrand as Friar Lawrence. Heather Mitchell (“Scandal,” “Grey’s Anatomy”) is writer and executive producer. Shonda Rhimes, Betsy Beers and Michael Goldstein are executive producers. Michael Offer is executive producer and director of the pilot, from ABC Studios.

Although those are the female-led series whose concepts and early buzz seem the most promising to me, they’re not the only new female-led shows to look out for.

I strongly considered putting Hayley Atwell’s Conviction on this list, and it pained me not to, but the series’ trailer is…not great. I’m also hyped for CBS’ Katherine Heigl-starring Doubt, if only because it’ll also feature Laverne Cox. Fox’s Superstar, from Empire co-creator Lee Daniels, also seems like a show to watch out for, and ensemble series like The CW’s Riverdale also seem like they’ll feature inclusive casts and awesome female characters.

What new shows are you most excited about?