CBS Discusses Its Decision to Pass on that Nancy Drew Drama 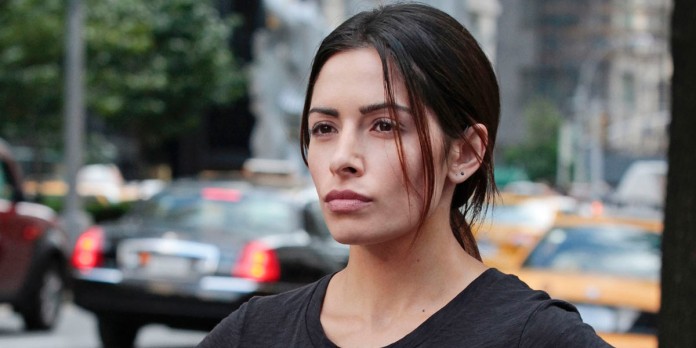 Over the weekend, we reported that CBS had decided to pass on a series starring Sarah Shahi as an adult Nancy Drew. According to Deadline, the network felt that Drew “skewed too female for CBS’ schedule”—an indefensible reason no matter what, but especially so given that every new fall show CBS ordered last week stars a man.

According to The Wrap, CBS Entertainment president Glenn Geller said yesterday at a pre-upfronts breakfast in New York that rumors the network passed on Drew because it was “too female” were “just not true. We have a number of pilots to choose from, and we chose the best pilot.” Geller also addressed the controversy again today after revealing its fall schedule to reporters. According to Entertainment Weekly, Geller said earlier today of CBS’ gender representation:

We are the network that has Madam Secretary and Two Broke Girls and Mom – we have lots of female leads, we have a great balance. Actually our new series are more diverse this year than last year. When Doubt premieres, I’m happy to say it’s the first broadcast series to feature a transgender series regular played by a transgender actor. I think that’s phenomenal. We are definitely moving in the right direction.

The latter show Geller refers to, Doubt, will star Laverne Cox, Katherine Heigl, and Steven Pasquale, but it will premiere midseason (likely in late winter or early spring 2017), rather than this fall. The new drama Training Day, starring Bill Paxton, will also be a midseason premiere.

The new series ordered for fall all have a very get-off-my-lawn-you-hooligans vibe. There’s Kevin Can Wait (starring Kevin James), about a cop who retires only to discover his home life is almost as challenging as his time in uniform; Man With a Plan (starring Matt LeBlanc), a family-oriented comedy about a man who starts spending more time with his kids when his wife goes back to work; The Great Indoors (starring Joel McHale), about, quote Variety, a reporter who “must adapt to the times when he becomes the boss to a group of millennials”; the Dr.Phil-inspired drama Bull (starring Michael Weatherly); that MacGyver reboot (starring Lucas Till and George Eads); and Pure Genius (starring Augustus Prew), about a maverick surgeon.

I honestly didn’t think the concept for that Nancy Drew series sounded great (it felt a little too gritty reboot-y for me), but judging from these synopses, quality of concept can’t have been a deciding factor for CBS. I mean, Kevin Can Wait and Man With a Plan basically have the same plot, which is “Man Cares for Children He Fathered.” That really shouldn’t be a strange enough concept to deserve one show, let alone two on the same network!

IndieWire points out that, following Supergirl‘s recent move from CBS to The CW, it seems like the network is trying to return to genres and even actors that have proved successful for them in the past. Male-driven sitcoms like The King of Queens (starring Kevin Can Wait‘s Kevin James), Yes, Dear, Everybody Loves Raymond, Still Standing, and Two and a Half Men were big successes for the network in the early 2000s, but in recent years, CBS’ comedies haven’t fared as well. Tellingly, last year was the first time since 1948 that CBS didn’t have a sitcom as part of its Monday night programming. A lot has happened since the 2000s, though, so it seems a little strange to me that CBS is banking on audiences being as interested in sitcoms about bumbling white men as they once were.

Deadline says Drew is currently being shopped to other networks by CBS TV Studios, so hopefully anyone not excited by CBS’ new shows will still be able to watch Sarah Shahi cracking cases on another network—and then maybe check back in on CBS when Doubt premieres midseason.

.—The Mary Sue has a strict comment policy that forbids, but is not limited to, personal insults toward anyone, hate speech, and trolling.—