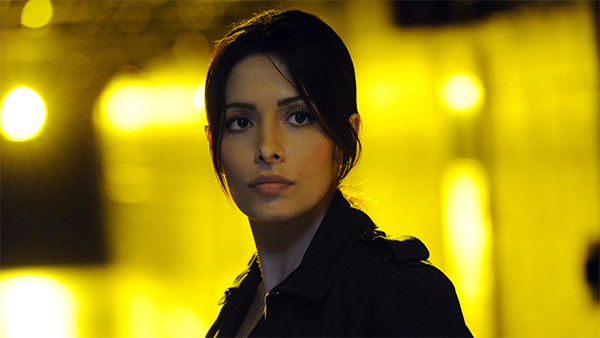 Well, this is somewhat disappointing: remember our excitement a few months back when it was announced CBS was proceeding with a new adaptation of the classic female detective character that would see the former titian-haired beauty played by the fantastic Sarah Shahi? Turns out CBS has decided to pass on the pilot, which would have had Nancy Drew reimagined as a thirty-something NYPD detective.

Writers Joan Rater and Tony Phelan of Grey’s Anatomy had been working on the concept for the show along with CBS, which co-starred Graceland‘s Vanessa Ferlito as George, Nancy’s former partner at the NYPD and ER‘s Anthony Edwards as Nancy’s father. (No news yet on who they’d potentially landed to play that updated version of Bess.)

The reason for the nix? Apparently, “the pilot tested well but skewed too female for CBS’ schedule”. Whatever that means.

Now, according to reports, CBS is seeking other potential buyers for the show–and obviously someone needs to save this one, please. Personally, I think Drew could be a good fit for Netflix or Hulu, two streaming platforms that have had a lot of recent success with original programming. There’s also the CW, which is taking a chance on another adaptation of a classic series in pilot season–Riverdale. Why not add a Nancy Drew show into the mix? If there’s one thing I know about Nancy Drew, it’s that she doesn’t go down without a fight, so hopefully this won’t be one of those pilots that goes to the vanishing point forever.

UPDATE: Shahi responded via Twitter after the news broke, thanking fans for their support:

Thank you for the ❤️❤️❤️. I believe we need strong female role models. She def could have been one https://t.co/hI9KbOAhEl