TV Killed Off a Lot of Female Characters Last Week

Some of the on-screen deaths made sense. Most of them didn't. 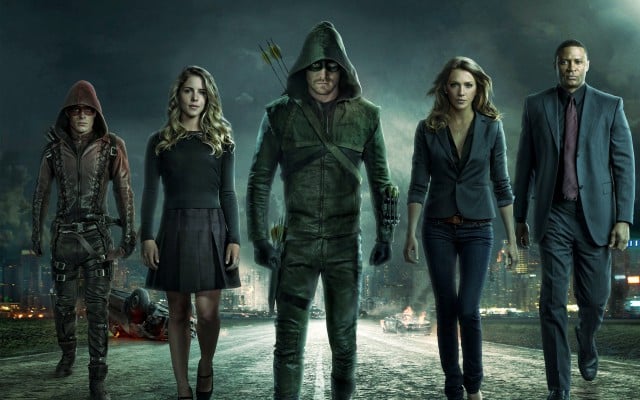 ***SPOILERS WITHIN*** Seriously, though. If you haven’t caught up on all those episodes of Arrow, Sleepy Hollow, Vikings, Empire, The Americans or The Walking Dead on your DVR, do not venture in further.

Deaths, on television, are more often than not meant to shock audiences. They’re intended as a means of shaking things up, of upsetting a sense of complacency in a fictional universe, of giving us something we didn’t exactly expect. As a storytelling technique, there’s nothing inherently wrong with killing off a character on TV, especially if it’s to bring some logical closure to their arc within a storyline. While I’ve previously written about how I don’t think it’s always necessary, especially on superhero shows, there are occasions when I understand the creative decision that was made by the showrunner.

Sleepy Hollow caps a deadly week on the small screen that featured multiple series regulars and recurring guest-stars being killed off, as broadcast and cable networks alike use the plot point to draw eyeballs and make headlines. Gone are Arrow‘s Laurel Lance (played by Katie Cassidy); Vikings‘ Yidu (Dianne Doan) and Kwenthrith (Amy Bailey); Empire‘s Camilla (Naomi Campbell) and Mimi (Marisa Tomei); and The Americans‘ Nina (Annet Mahendru), as well as one of 11 stars on AMC’s The Walking Dead, which ended with a massive cliff-hanger.

Some of the deaths made sense given the character’s story arc–in the case of The Americans‘ Nina, to give a specific example, it was touted as an “inevitable conclusion” and a “heartbreaking relief” for many fans. However, when it came to characters like Sleepy Hollow‘s Abbie Mills and Arrow‘s Laurel Lance in particular–it felt like a question of not if, but when they would finally be written off in one way or another given the increasing sidelining of their characters over the course of their respective shows. 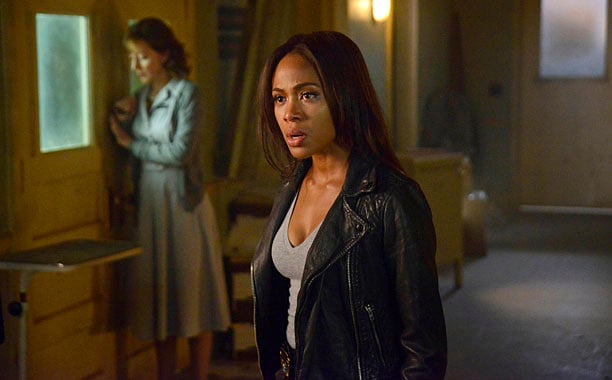 In the beginning, Sleepy Hollow may have introduced Tom Mison as a rather distinguishable Ichabod Crane from past incarnations–but it was Abbie Mills who was initially billed the heart of the show. It was her character’s journey that was heavily alluded to as being the most important, both in her role as Witness and also how she came to terms with her understanding of the supernatural forces lurking within the town she’d lived in all her life. Over the course of the second season, however, the focal point of Sleepy Hollow shifted very definitively away from Abbie as a lead and began to revolve around Crane–even though their partnership, the relationship that had established their characters as being on equal footing (as well as the chemistry between the two actors), was one of the factors that drew viewers in.

Rumors began to circulate that actress Nicole Beharie had been dissatisfied with her role on the show–which, given the unnecessary reduction of her character’s importance to the plot and the significant culling of an originally diverse cast, was completely understandable. In a piece for Vulture, Nichole Perkins points out that Abbie’s brutal death may have been the last straw for any remaining Sleepy Hollow fans–and leaves the future of the show in question, if the trending hashtag #CancelSleepyHollow was any indication. 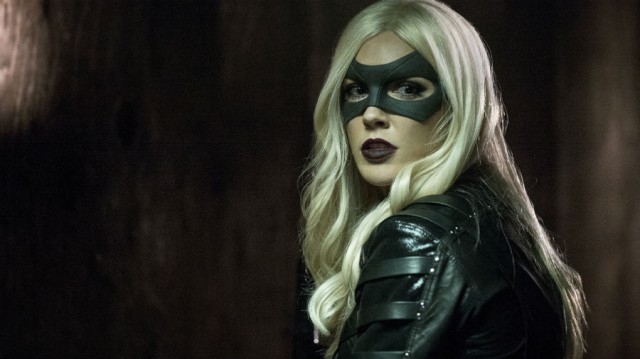 Arrow‘s Laurel Lance is another unfortunate example of a show that didn’t quite know how to treat the departure of a female character. When rumors started up about actress Katie Cassidy’s departure from the show a few weeks before Laurel’s fate was sealed in last week’s episode, both cast and writers alike were particularly cagey about what exactly would transpire. Because Laurel had been awarded with a certain level of character progression before her role had also been drastically reduced on the show, her death felt especially cruel–especially since the episode used Laurel’s demise to essentially build up Oliver’s relationship with Felicity.

Arrow‘s showrunner has made it plain that they will not be following the same arc as the Green Arrow comics, so there wasn’t necessarily an expectation that Laurel and Oliver would be endgame simply because Black Canary and Green Arrow are together in another medium. Writing for TV Overmind, Andy Behbakht expressed the reason many Laurel fans were disappointed by the episode: “That is where the death not only is heartbreaking and unfair, but also a disservice to this character that has had to fight through way too many obstacles on this series.” As a character who has overcome countless personal losses as well as a struggle with alcoholism to take her eventual role as the Black Canary, Laurel’s last moments should have been a celebration of her journey. They weren’t.

What makes Abbie and Laurel’s deaths even more disturbing is that there’s every indication they were used to advance the story of the male leads. According to Sleepy Hollow showrunner Clifton Campbell, Abbie, as the Witness, “has taken Crane as far as she can, and puts him at the doorstep of his next journey.” Even in death, Abbie’s last act appears to be all about furthering Crane’s story. For Laurel, Arrow EP Marc Guggenheim asserted that her death was in no way intended to prop up the Olicity relationship–but Laurel’s last words speak volumes.

There are ways to send off characters believably, ways that make sense given both the character’s arc as well as the actor’s personal commitments. Lately, it seems like television has forgotten how to do that. Maybe they should take a cue from The Fast and the Furious franchise–which, as writer Sunil Patel pointed out, were able to handle the tragic death of Paul Walker off-screen by writing off his character without a death on-screen. Seeing last week’s TV deaths listed out so glaringly like that, not to mention revisiting last month’s, it feels like an unspoken statement being made that women, people of color, LGBTQIA characters–they’re the ones who will be more likely to be killed off when a show decides someone needs to get the axe. As Variety television critic Maureen Ryan tweeted, it’s “hard not to feel [that] TV’s fridge is getting crowded.”