It even comes with female minifigs! 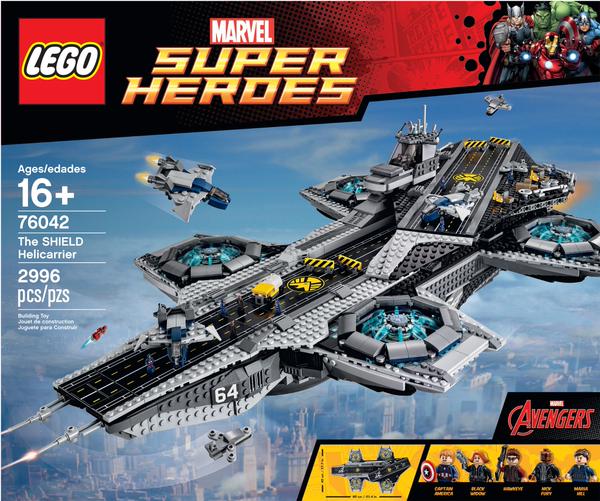 It’s been rumored for a while in to LEGO fandom (that’s a thing, right?), but it’s finally here: the LEGO Avengers are getting a SHIELD helicarrier, just in time for it to probably get blown to smithereens again in another movie when Age of Ultron comes out. Hooray!

The set is 11 inches wide and 17 inches across and comes with a whopping 2,996 pieces, including 5 new minifigures—Captain America, Black Widow, Hawkeye, Nick Fury, and new figure Maria Hill—who can be placed on an awesome SHIELD stand. 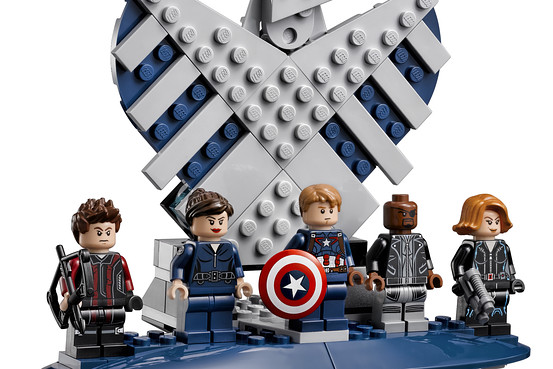 The minifigs are a bit big for the scale of the helicarrier, so there are also teeny tiny microfigures to fit inside the computer room and other parts of the set. They include Fury, Cap, Iron Man, Hawkeye, and a bunch of nondescript SHIELD agents. Yeah, no tiny Maria Hill, unfortunately, but I’d rather have more female minifigs given the option, so it works out okay. Plus EEEEE SO CUTE LOOK AT EM 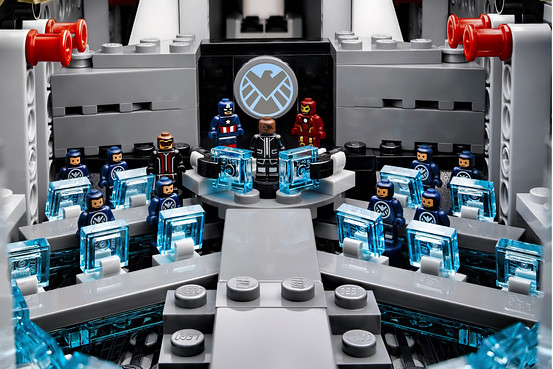 Those who attend the Toy Fair in New York City next month will get a closer look at the model. Otherwise, you’ll have to save up the $349.99 it’ll cost to buy it for yourself when it becomes available in March. Or I guess you could watch this video of one of LEGO’s designers walking you through the set, but where’s the fun in that? I want to smash it myself, please!