Are Marvel’s The Avengers Getting Their Own Drama Series On ABC? 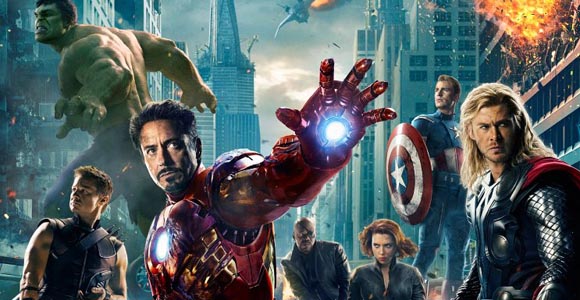 Marvels The Avengers already have an animated television series, The Avengers: Earth’s Mightiest Heroes (soon to evolve into Avengers Assemble) but they’ve never had a live-action show. That could soon change if ABC and Marvel have their way. Hit the jump to find out what ideas are currently being thrown around.

For a while now, DC has been focusing on their television properties (and doing fairly well with them), while Marvel has focused on films. DC’s most recent series was the long-running Smallville but they’ll hopefully be continuing that success with the CW’s Arrow come the fall. We know Marvel has been considering series ideas for a while. Apparently, the Hulk TV show is still a go with director Guillermo Del Toro but now they might just be looking into how they can capitalize on the success of The Avengers.

Back in May, ABC’s Entertainment President Paul Lee said they were looking at Marvel properties other than the Hulk. “We’re immensely proud to be a company with The Avengers,” he said. “We’re going to continue to develop aggressively. We’ve got some in development, but none that I can talk about at this point.”

But now, word is going around that it is indeed The Avengers they may be trying to recruit. “I’ve learned that Marvel’s TV division is in conversation with ABC and ABC Studios about doing a drama series in the Avengers world,” writes Deadline. But don’t expect to see Robert Downey Jr. or Scarlett Johansson suiting up anytime soon. They continue:

I hear that the connection to the Avengers franchise would be light as the project is expected to be set in the universe and feature some of its themes and feel, but may not include any characters from Joss Whedon’s blockbuster. I hear the project is in a nascent stage, described as “a kernel of an idea,” with a number of scenarios being explored, including a high-concept cop show.

Could this turn into a S.H.I.E.L.D. focused cop-drama? That’s certainly one scenario I could see them trying, especially if they aren’t going to go down the superhero path. We know the network already passed on AKA Jessica Jones, based on Brian Michael Bendis‘ comic series Alias. It was previously said they would reference the overall Marvel cinematic universe but that it would mainly focus on Jones and her detective agency. That being said, there are lots of Avengers team members who could be drafted for a television series, even if you remove those currently being developed on the big screen.