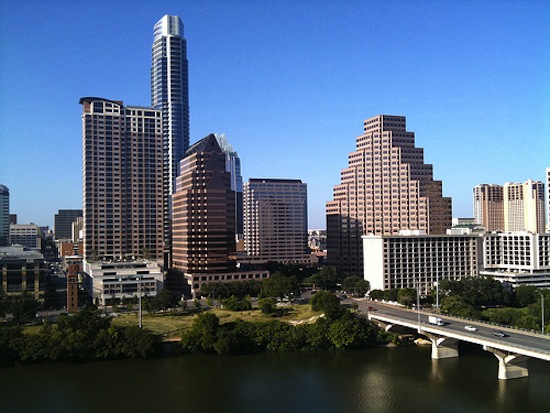 Austin is a pretty great town, with loads of great grub, good music, and awesome people doing cool, artsy, nerdy stuff. If you need another reason to live there, though, Google just gave you one: A ridiculously fast Internet connection. The company has confirmed rumors that the capital of Texas will be the next U.S. city to experience the awesomeness that is Google Fiber. Whether or not this move will help or hinder in the city’s continuing quest to remain weird remains to be seen.

The move makes a lot of sense. Austin is rapidly transforming itself into a high-tech hub, hosting a bevy of startups as well as the South By Southwest (SXSW) arts festival, which, between hosting the tech gathering SXSW Interactive and guaranteeing that every house show and passed out University of Texas undergrad is properly documented on Instagram, consumes most of the available bandwidth in Texas for several months every year. Okay, that’s not actually a fact, but when you start setting up homeless people as Wi-Fi hotspots, you know you’re living in a place that would benefit from a connectivity upgrade.

The weirdest city in Texas will have to wait for a little while for the new service, which doesn’t roll out there until the middle of 2014 or so, ensuring that Austin will have a grand total of one thing to be jealous of Kansas City for in the coming year. It also gives me time to pack my bags and prep for a move to a city with Google Fiber that I would actually consider living in, which is very thoughtful and highly appreciated.