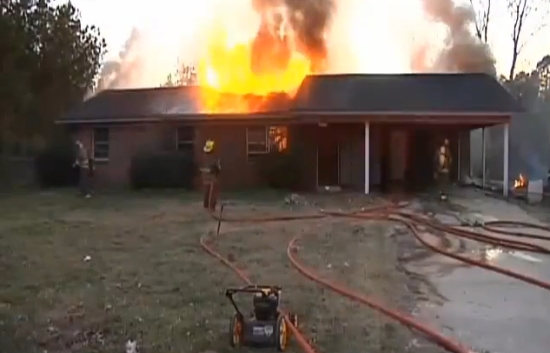 For today’s lesson about cause and effect, we need only look to Bowie County in Texas, where the well-known conflict between woman and snake reared its ugly, flammable head yet again. This particular conflict involved a mowed lawn, gasoline, and a pile of brush. Oh yes, and fire. A Texan woman, you see, was startled by the presence of a snake and decided the best course of action would be to douse it and set it aflame. Whatever could go wrong?

This is all a complex sample of the philosophical concept of causality.

Well, close enough. In brief, if you set fire to a snake, the snake will probably keep moving — not wanting to be on fire or around your crazy ass — and seek cover. Wherein it will set alight the brush pile nearby, which in turn will set fire to your house, destroy it utterly, and even damage your neighbor’s house. We do wonder, though, if there weren’t a better option available.

Alternatively, this may have been the work of the dreaded fire snake, a monster documented in 1981’s Fiend Folio. What might the woman have done to conjure this cheeky arsonist from the Elemental Plane of Fire? 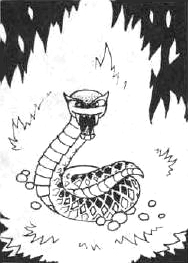 We’ll never know, as the snake could not be reached for comment. Poor little fellow.

(via Uproxx, image courtesy of Wikipedia)