Not How That Works! Man Tries to Impregnate Horse, Create Centaur in Worst Possible Way 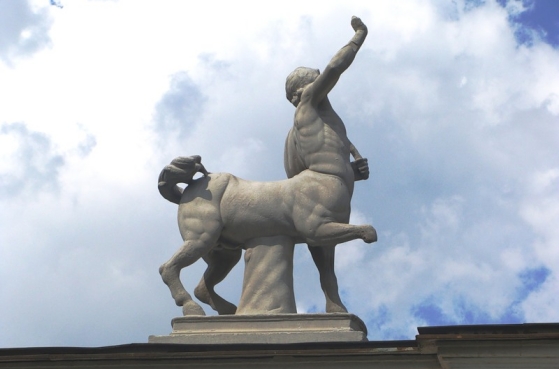 29-year-old Texas man Andrew Mendoza was arrested for having sex with his neighbor’s horse after being stood up by his girlfriend. To make the story even worse, Mendoza told police he was trying to “make the horse have a baby,” because he thought it would have a “horse-man baby.” That, Mr. Mendoza, is not how you get a centaur.

Surprisingly, or not surprisingly depending on you feel about Texas, Mendoza’s mistake in the eyes of the law wasn’t that he violated a horse, but rather that he didn’t do it in private. Mendoza plead guilty to charges of public lewdness and criminal trespass. According to chapter 21, section seven of the Texas penal code, Public Lewdness is defined this way:

Sec. 21.07.  PUBLIC LEWDNESS. (a) A person commits an offense if he knowingly engages in any of the following acts in a public place or, if not in a public place, he is reckless about whether another is present who will be offended or alarmed by his:

(4)  act involving contact between the person’s mouth or genitals and the anus or genitals of an animal or fowl.

(b)  An offense under this section is a Class A misdemeanor.

I’ll go on record as saying it should probably be a lot more illegal than it is to have sex with an animal in Texas, or anywhere for that matter. Mendoza was sentenced to four months is jail, and I think he really taught his girlfriend a lesson about the consequences of standing people up.

Say, Mr. Horse, what do you think about this story?

(via The Sun, image via kyllaris)