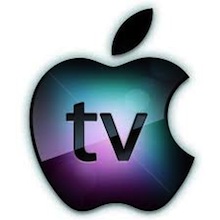 Though it has long been called a “hobby” project, interest in the Apple TV digital set top box may be ramping up in Cupertino. Apparently Apple has been talking with the movie channel and streaming content provider Epix about bringing their content to Apple’s streaming device. This could be good news for Apple, which has struggled to bring more movies to consumers. It could also mean that the oft-rumored overhaul of the Apple TV could be coming soon.

According to Reuters, two unnamed sources have disclosed that Apple recently sought Epix’s content for streaming to its set top boxes. Epix, for the unaware, operates a premium cable channel and is backed by Viacom (Paramount Pictures), Metro-Goldwyn-Mayer, and Lionsgate studios. The channel already has a $200 million deal with Netflix, which is also available on Apple TVs.

Given that Epix films can already be viewed on Apple TV via Netflix, the deal presumably related to bringing that content exclusively to Apple TV, or perhaps bringing new releases to Apple before they’re released on Netflix. It’s also possible that with the Epix/Netflix deal expiring in September of this year, Apple was either trying to secure streaming services beyond that date. Without any more information, we’re free to speculate as we please.

Any activity related to media streaming is sure to excite Apple fans waiting for a new TV-device. Rumors of a complete design overhaul reached a fevered pitch upon the release of Steve Jobs’ biography in which author Walter Isaacson quoted Jobs as saying:

“I’d like to create an integrated television set that is completely easy to use […] It would be seamlessly synched with all of your devices and with iCloud. It will have the simplest user interface you could imagine. I finally cracked it.”

Though it has seen slower sales than the iPod or iPad, Apple managed to move 2.8 million Apple TVs last year — over a million more than set top box maker Roku. Of course, Apple sold 3 million iPads in a single weekend. While Epix content probably won’t be a make-or-break feature for Apple TV, or any future product from Apple, it’s a sign that the company is keen to do more with its hobby project. Hopefully we won’t have to wait long to find out what those plans are.