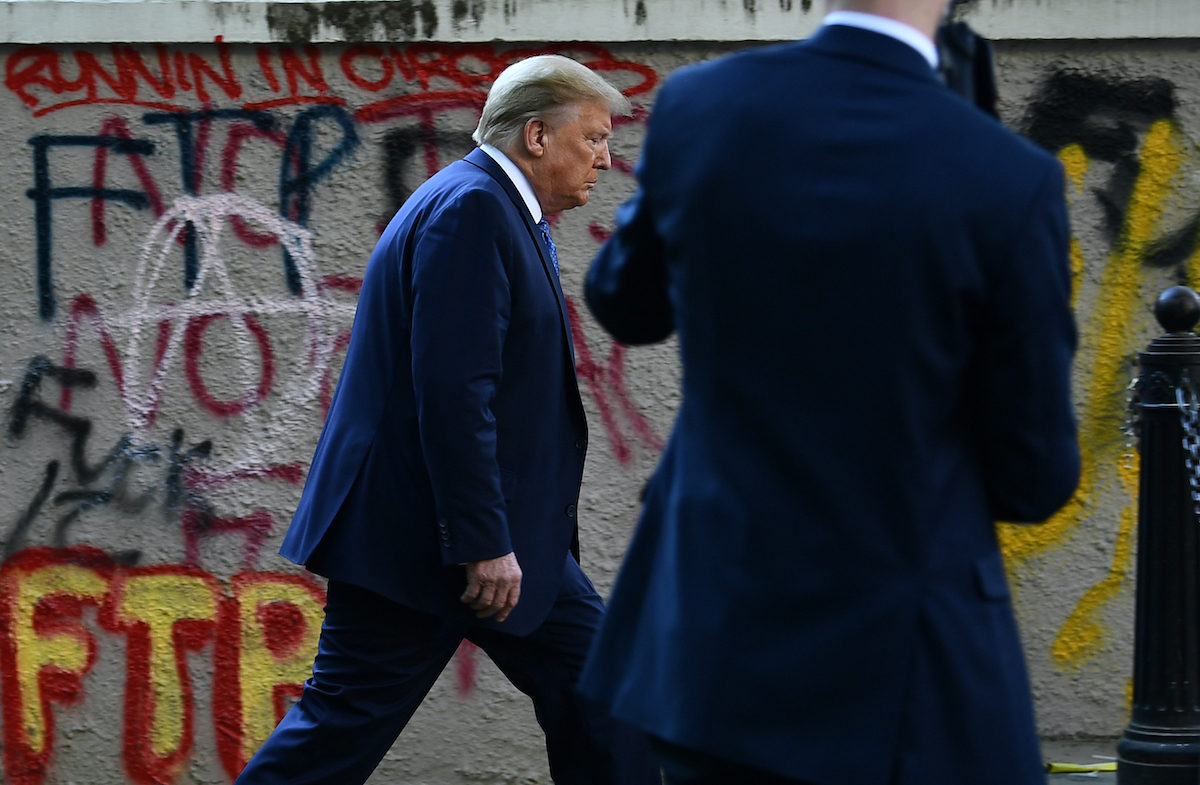 Following Donald Trump’s monstrous photo op Monday, one senior White House official has somehow mustered up the courage to say that they think getting the police to tear gas and otherwise attack a crowd of nonviolent protesters in order to let Trump speak and awkwardly hold a Bible in front of a church he doesn’t attend is bad actually. No, they’re not resigning and no, they wouldn’t put their name to their statement but they want everyone to know they feel bad, even if they won’t say who they are. Such bravery.

“I’ve never been more ashamed,” that senior official told Axios. “I’m really honestly disgusted. I’m sick to my stomach. And they’re all celebrating it. They’re very very proud of themselves.”

This isn’t the first time an anonymous senior official has tried to convince the public how good and noble they are, despite actively working every day to support Trump. They’ve been doing it for years. Remember back in 2018, when the New York Times ran an op-ed from an anonymous source claiming to be “part of the resistance inside the Trump administration”?

“I work for the president but like-minded colleagues and I have vowed to thwart parts of his agenda and his worst inclinations,” that person wrote in September of 2018. How’s that been going, I wonder. It sure seems like Trump’s worst inclinations have been made manifest anyway.

So no one has any patience for this anonymous “woe is me” nonsense.

If this comment from a “Senior White House official” did not end in the sentence, “and that’s why I handed in my resignation”, they can fuck all the way off.

Even conflicted Nazis were tried at Nuremberg. https://t.co/RHbj6TId89

“Senior White House official” should resign in loud and public protest or he or she is just another enabling coward. https://t.co/0O9eYAhvwY

Never been more ashamed… but remaining anonymous instead of resigning publicly.

If this senior White House official is still there because they think they’re somehow keeping him from doing worse, that’s folly and vanity at this point. The best contribution they can possibly make now is a very public resignation and condemnation. https://t.co/XtG99kNxj3

This person and the rest of the self-designated internal “resistance” group (if there are any left, given Trump’s nonstop turnover rate) are trying to play both sides, keeping their jobs while also appeasing their consciences, plus making sure they’re hireable after Trump leaves office, which they shouldn’t be. They should be ashamed and sick to their stomachs and they shouldn’t be allowed to reenter regular political life after this.

Senior White House appointees seem to have found a few external shop stewards to run around reassuring us that they’re working hard to rein in Trump. They’re making sure they can reenter decent society if Trump loses. They’re anonymous so they can keep being complicit if he wins.