Everything About That Anonymous Trump “Resistance” Op-Ed Is Garbage 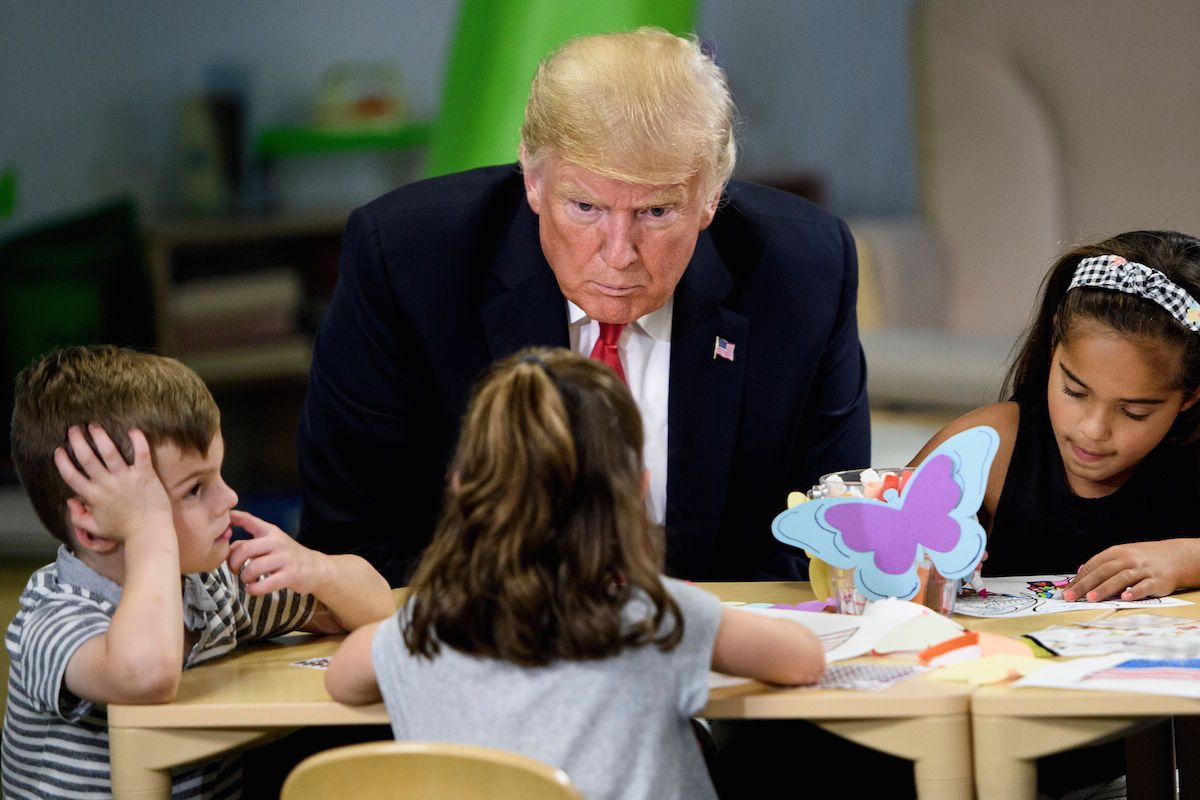 Yesterday, The New York Times took the rare step of publishing an op-ed anonymously, because it came from a senior White House official who claimed that members of the administration are hard at work inside the White House to prevent Donald Trump’s presidency from resulting in disaster—to stymie his “worst inclinations.” This has left us all to wonder just what Trump’s worst inclinations actually are.

I mean, if they’re not tax breaks that disproportionately help people who already have plenty of money, doing everything in his power to destroy the health care system, starting unnecessary trade wars that hurt the very people who voted for him, intentionally separating immigrant families, greatly increasing the civilian death toll of ongoing military operations that were already bad enough, gutting environmental and other regulations intended to protect us, attacking trans people, and spending more money not on helping citizens, but on building up our already massive military—just to name a few—then what are they?

If what Trump really wants to do is worse than all that, speaking out anonymously isn’t going to cut it. Of course, this person works in the Trump administration and openly lauds the deregulation, tax cuts, and increased military spending as good things, which just drives home what the op-ed is really all about: Republicans trying to assure everyone that Trump is a problem by himself, as a person, but that most of what his administration has done is Good, Actually, so they can save face and continue on in the same way when he’s eventually cast out.

It also doesn’t tell us anything we don’t already know. We’ve heard, from multiple anonymous sources, through news outlets, that Trump has no idea what he’s doing, and his staff is babysitting him and trying to corral him to get the most realistic version of his promised agenda accomplished. Despite all those horrible things listed above, I do know that Trump would take even more extreme measures without more competent people around him, and ruin everything in the process, but no one gets bonus points for the bare minimum of keeping him from jabbing the nuclear launch button like he’s expecting it to deliver him a Diet Coke.

So what good could come of this? It will annoy Trump and make him even more paranoid, sure, but it could have really been an “I’m Spartacus” moment for the members of his administration—if everyone in that scene had shouted, “Not me! Don’t hurt me!” Secretary of State Mike Pompeo and Vice President Mike Pence have already rushed to grovel and assure Trump, publicly, that it wasn’t them—much like chief of staff John Kelly, like others before him, vehemently denied calling Trump an “idiot” in the wake of Bob Woodward’s new book on the administration. No matter what they do privately, they, like the Republican Congress, are still committed to protecting the unfit Trump publicly and allowing his agenda to move forward.

Grassley, outraged, says they are producing the records required by law under the Presidential Records Act.

Durbin reminds him that they’ve actually circumvented that law and the process is being run by Kavanaugh’s close friend and former employee, Bill Burck. pic.twitter.com/s4Q7IpwElA

Minutes ago, Senator Cory Booker announced that he would violate Senate rules to release an email from Kavanaugh with the subject line “racial profiling,” which the committee was trying to keep quiet. There’s also evidence that he wouldn’t hesitate to overturn Roe v. Wade, despite his careful wording about it being precedent that some Republicans will likely use as cover to vote for him (looking at you, Senator Collins). He’s also had trouble with questions about Mueller’s Russia investigation, as well as questions about related presidential pardon powers.

On top of that, the Trump administration is now trying to get around previously established limits on child immigrant detention. That seems like a pretty bad inclination. We’re very much looking forward to all of the nothing that these brave resisters are going to do about any of it.

If the goal was to stoke “deep state” conspiracy theories, though, so that literally no one on the right ever has to admit that Trump’s presidency isn’t working because it’s just bad, well done.