Anna Kendrick on Feminist: “You Just Have to Fight Back and Own That Word”

She also brought up Gamergate. 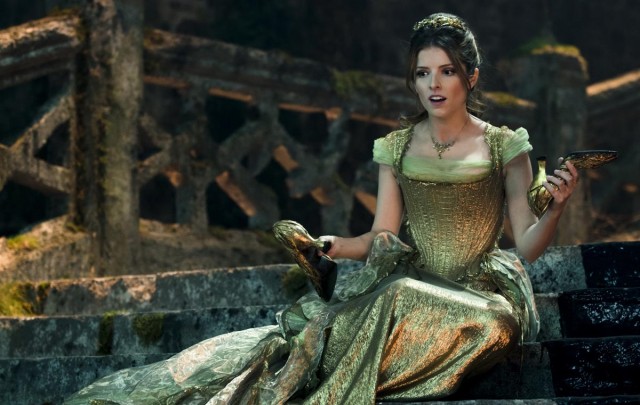 The Daily Beast spoke with the star of upcoming films Into the Woods and Pitch Perfect 2 about a lot of great things in a recent interview but clued Kendrick in to the recent controversy over Time including the word “feminist” in their “which word should be banned in 2015” poll:

For real? Ugh. That’s a fucking bummer. It’s hard because words confuse me sometimes. There isn’t a word for a member of an ethnic minority who is pro equal rights for all races, but there is a word for gender equality—and that’s feminism.

It’s a very female-centric word. I understand that the implication is that “I’m a woman who supports women” and not “I’m a person who supports gender equality.” I feel like the word can be appropriated by the wrong people for that reason and misinterpreted by those people, but you just have to fight back and own that word.

It’s practically become a curse word. Somebody says, “Oh, you’re being such a feminist,” and you’re supposed to be like, “No I’m not.” Why are we afraid of that word? It exists and we can’t get rid of it, so let’s fight for it and embrace it.

But the awesome didn’t stop there. The interview briefly turned to the recent large-scale celebrity photo hack situation of which Kendrick was unfortunately a victim.

I’m happy that it seems like more people are coming around. Because it happened en masse in that way, it forced people to come around and go, “Everybody does this and victim-blaming is not helping.” Because before that, there was a lot of, “If you didn’t want naked photos of yourself on the Internet, well, you shouldn’t have taken them.”

… So, the one and only good thing that came out of it is that it really shifted the conversation. Friends of mine that had taken the other attitude were like, “People should be able to do whatever they want, and it’s fucked up that that happened to them.” That’s the lone positive that came out of that whole thing.

And when general online misogyny was brought up Kendrick said:

Previously in The Big F