Huh. This oughta be good. 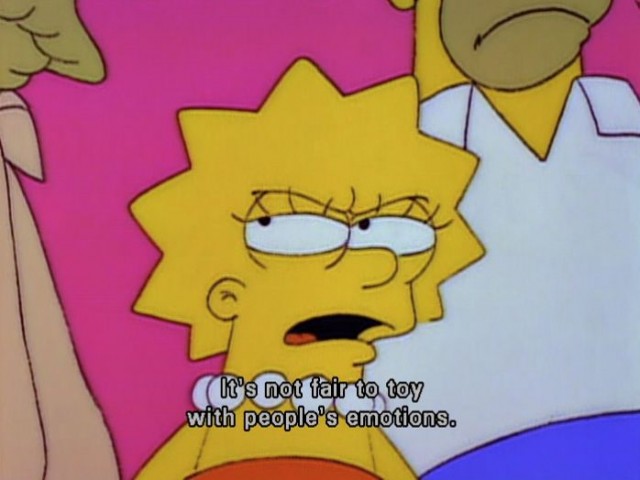 So remember earlier this week when Time Magazine ran a poll of the most annoying words that should be banned next year, and the word “feminist” was on it? Yeah. They’re real sorry about that.

Here’s what the editor’s note, which was added to the original poll sometime yesterday, reads:

TIME apologizes for the execution of this poll; the word ‘feminist’ should not have been included in a list of words to ban. While we meant to invite debate about some ways the word was used this year, that nuance was lost, and we regret that its inclusion has become a distraction from the important debate over equality and justice.

That “nuance,” you’ll remember, involved Time complaining that feminism has “become this thing that every celebrity had to state their position on whether this word applies to them, like some politician declaring a party,” conveniently ignoring that their reporters cover exactly that kind of “is this person a feminist?” beat all the time.

A lot of news outlets are now reporting that Time has since removed the word from their poll. Really, it actually looks like they’ve retracted the poll entirely and replaced it with a still image of the original words—which, by the way, still has feminist listed on it.

This retraction makes sense, though, considering that “feminist” was winning by a landslide due to interference from 4chan trolls and other anti-feminist ne’er-do-wells on the Internet—they’d have to construct a new poll entirely anyway if they wanted to continue on with a word to ban next wek.

Of course, if you ask those who voted for “feminist,” they’ll probably tell you that this is a clear example of the “silent majority” speaking out against the evils of SJWs, and that removing the poll is censorship at the hands of feminist “bullies”—you know, rather than a normal response to inadvertently enabling such gross rhetoric and behavior against the pursuit of gender equality. But I guess Time isn’t about to apologize for that as well, is it?