Natalie Dormer Talks About Feminism, Gets Everything Right | The Mary Sue

“It’s About Equality”: Natalie Dormer Talks About Feminism, Gets Everything Right

This is why we love you. 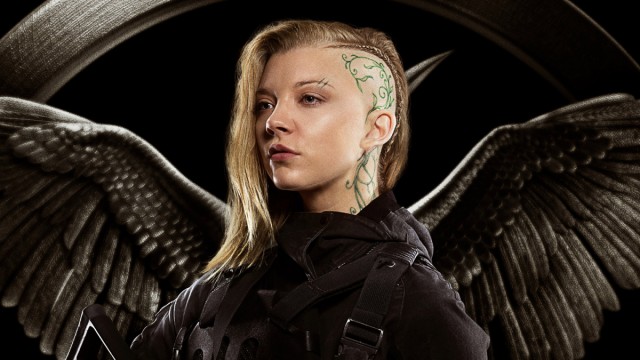 Interviews with Natalie Dormer are always worth a read, but any interview that ends up with her saying “I’m a feminist in the true sense of the word” is going to be that much more compelling for us. Plus, she also discusses Mockingjay and Game of Thrones! What more could we possibly want?

This time our latest Dormer appreciation session comes from a recent interview with the Daily Beast, in which she discussed the latest film and television roles.When the interviewer pointed out how refreshing The Hunger Games franchise is because it’s not “so patriarchal,” Dormer agreed, adding:

Women are over 50 percent of the population. [Mockingjay is] one of the few films that actually represents us. What we’re aiming for in the industry is not to go, “Girl power! Wave the flag!” We want to get to a place where the gender is irrelevant, because then it’s about the personality, and about the story. What I love about Mockingjay–Part 1 is that President Coin or Cressida could have easily been played by a man, and if you look at Interstellar, the Anne Hathaway or Jessica Chastain roles would have been men years ago. I’m glad that cinema is catching up to what television has known for a while: that three-dimensional, complex women get an audience engaged as much as the men. I’m a feminist in the true sense of the word. It’s about equality.

[…] It really is crazy that the word “feminist” can have negative connotations in 2014. It upsets me that the younger generation of women think it’s a dirty word, and associate it with a kind of militantism or a sense of female superiority. It’s not. It just means liberation, and equality.

Over the course of the interview she also discloses that she asked to have the scene in Game of Thrones during which Margaery (whom she based on the media coverage surrounding Kate Middleton and other “first ladies”) seduces the Tommen be rewritten, and that she agrees the show should have just as much male nudity as it does female nudity (“Thrones has been better than your average show with the equality, but they could definitely ramp it up!”).

The full interview can be found at The Daily Beast, but in the meantime, what do you think about her opinions on feminism in Mockingjay Part One and Interstellar? Are they films that represent women well?