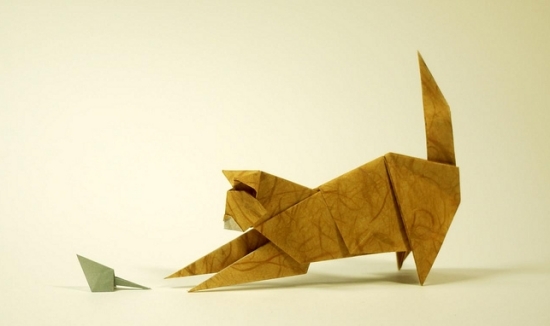 Sometimes we bite off more than we can chew, and other times we don’t bite at all and just try to swallow an entire mouse. Everyone’s tried to swallow a whole mouse before, right? No? Well, Socks sure has. He’s an 8-week-old kitten who is adorable because he is a kitten, but he is also a remorseless killing machine. Socks, despite the fact that his teeny tiny wittle kitten mouth wasn’t yet big enough, swallowed an entire mouse, but the tail became lodged in his throat. I can has Heimlich?

Socks’ owner realized something was wrong and rushed his cat to vet Jim Dash, who X-rayed Socks and discovered the mouse tail in his throat. Dash gave Socks some adorable cat anesthetic to knock him out, so while the vet removed the mouse tail, Socks was probably having little kitten dreams about playing with string and murdering more animals.

The wittle bitty size of Socks’ wittle bitty kitty mouth made it difficult for Dash to push the tail from his throat, but after some effort he managed to do just that, and Socks was fine.

The mouse… not so much.

(via The Daily Mail, image via hamur0w0)