We're showing a lot of restraint by not just typing "IT'S A TRAP!" in all caps here. 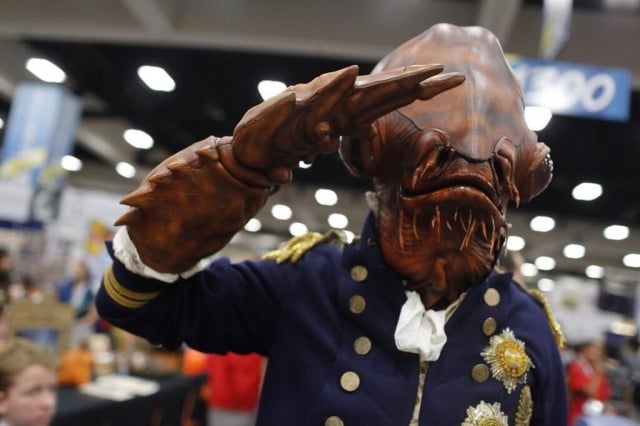 The man beneath that Admiral Ackbar costume is none other than Mythbuster and friend of Geekosystem Adam Savage. Having top-notch fabrication skills and access to some of the best special effects minds around is bound to help one’s cosplay game, but seriously, this is some next-level stuff. Savage showed off his costume on the floor of San Diego Comic Con and outlined its creation on Tested.

So how does one go about making such a gorgeous reproduction of Ackbar? It helps to start with an original casting used to create the costume for Return of the Jedi, which Savage was lucky enough to snap up off eBay. With his new prize, which he went to some lengths to authenticate, Savage consulted Frank Ippolito — one of the special effects guys responsible for ripping Savage’s scalp off in the short film Night of the Little Dead.

The two worked to painstakingly recreate an Ackbar mask that was as true to the original as possible. Each step provided challenges that needed to be addressed, including recreating the eyes and eye stalks from scratch, making the mouth movable, and dealing with issues that arose around different materials.

It’s really a beautiful look at the intense level of work that goes into a costume like this, and the passion that Savage and Ippolito put into it. Read the full write up on Tested for all the details on how they built the costume, and tons of pictures of each step along the way.

Cosplay is fun, but it’s also a lot of work. Especially if you want a perfect Ackbar head.