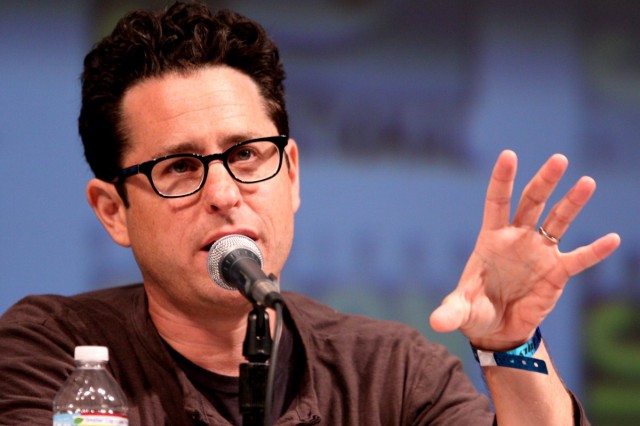 Whether you love or hate J.J. Abrams’s recent Star Trek reboots, there’s no denying that he’s managed to breathe new life into the franchise (mostly via handsome men) – which is why the news of his departure from the next film as director is a pretty big deal.

After the announcement that Abrams would be helming the new trilogy of Star Wars films, fans were pretty sure that J.J. was going to have to pick one geekdom over the other, and it seems as though the Wars have won out. While remaining on the next Star Trek film as producer, Abrams won’t be directing. The filmmaker told IGN that the break would be “a little bittersweet,” but that “it definitely feels like the right time to let someone come in and do their own thing.”

J.J. went on to say, “I certainly don’t want someone to come in and try to do what I would have done. We want to hire someone who’s gonna come in and bring their own sensibility. I’m very excited to see what comes next, despite feeling jealous of whoever that person is.”

Though there have been rumors that Rupert Wyatt (Rise of the Planet of the Apes) will be tackling the Enterprise next, Abrams was quick to avoid questions about his replacement in this recent interview with HitFix:

“He’s incredibly talented, and we’d be lucky to have someone as talented as Rupert,” said Abrams. “But there are things we’re focusing on right now before the director, which is just sort of the fundamentals of where the story is gonna go.” Let’s hope it boldly goes on to a new plotline, instead of recycling another previous film.

No word yet on how the lens flares feel about this decision.

(via The Mary Sue, photo via Gage Skidmore)