But Captain, that is completely illogical. 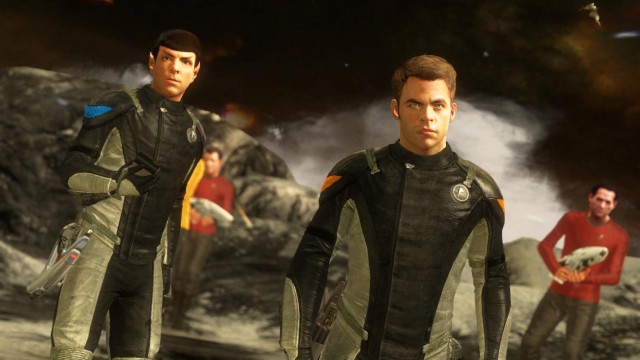 Does anyone actually expect video games based on movie franchises to actually be good? Sure, there are exceptions (and in Riddick‘s case, the games are actually better), but I don’t think there’s a single person alive who tears into a tie-in game thinking “Oh boy, this will be worthwhile and enjoyable!” Well, except for J.J. Abrams, that is.

In a brief interview with GamerHubVideos, J.J. Abrams spoke about how disappointed he was in the recent video game, which was released in late April and was widely criticized for its awful gameplay and constant glitches. Abrams also said that his team dropped their involvement with the developers once they realized what direction the game would be going in, but by then it was already too late.

Of course anybody would be upset with a lackluster effort on the franchise they’re working hard to create, but Abrams might have taken it a bit too far when he said this:

To me the video game could have been something that actually really benefited the series and was an exciting, fun game with great gameplay and instead it was not, and was something that I think, for me, emotionally it hurt. ‘Cuz we were working our asses off making the movie and then this game came out and it got —  this isn’t even my opinion — it got universally panned, and I think that it was something without question that didn’t help the movie and arguably hurt it.

Really, Abrams? It was the video game that really hurt your movie? You don’t think it was the controversy surrounding casting a white actor in a role that was originally intended for not a white actor? Or maybe the less-than-stellar word of mouth that hit the Internet about how weirdly gross and exploitative the film was to its female characters? Don’t get us wrong, it was still a fun and engaging movie for a lot of people, but let’s not pretend that fans were so upset with the quality of the video game that they didn’t see the movie. That did not happen anywhere.

There is good news, however — now that J.J. Abrams is in talks with Valve to co-create movies based on the Portal and Half-Life series, he’s pretty hopeful that he can use these feelings of betrayal to his benefit and create something that stands alone beautifully while maintaining the integrity of the original games. “Whether it’s a video game or a book or a movie or a song, anything that is based on something else needs to exist on its own terms,” he also said.

Check out the full interview here: