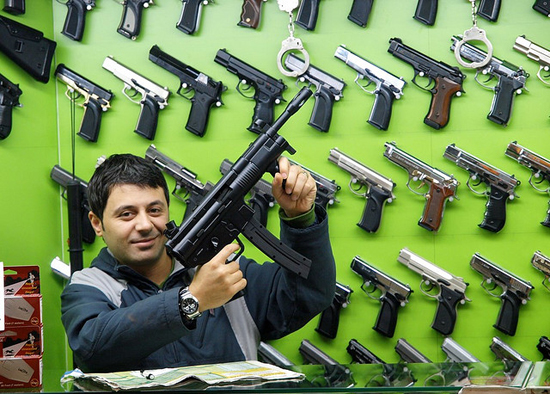 It’s hard to imagine that a group that’s trying to build a fully-functional weapon via 3D printing and then distribute those schematics would be surprised to find themselves constantly facing roadblocks, and yet the Wiki Weapons Project certainly appears to be genuinely shocked that the company that leased them a 3D printer has now confiscated it. Officially, Stratasys stated “It is the policy of Stratasys not to knowingly allow its printers to be used for illegal purposes.” Then they sent people to grab the device.

This isn’t even the first spat of trouble that the Wiki Weapons Project has run into during its tenure. Their Indiegogo campaign to raise $20,000 was shuttered by the fundraising site in August. Cody Wilson, the project director, and the rest of the scattered team then turned to the Bitcoin pseudo-currency in order to raise the rest. Roadblocks seem to be a common theme here.

Stratasys was only doing what the company found to be in their best interest, which is not to be associated with a DIY gunsmith operation. It doesn’t help that the legal area occupied by 3D printing objects like guns is a murky one. If Stratasys had somehow been drawn into a legal dispute over leasing their printer to the Wiki Weapons Project, it’s hard to say what the outcome might have been.

For now, can’t we all just agree that 3D printing guns is probably not something that’s going to remain legal?

(Wired via The Verge, image via Pal Joakim Olsen)