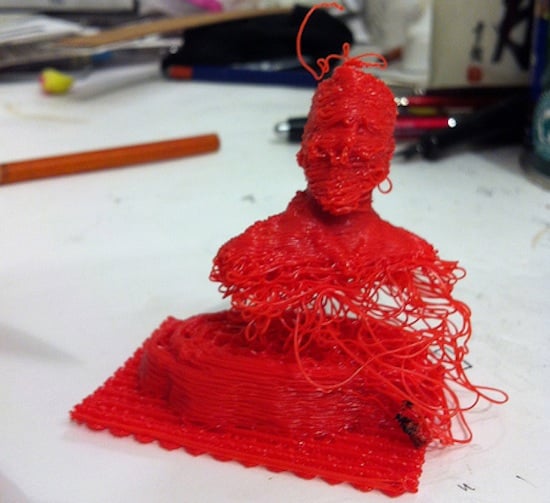 Being able to print your own gadgets, gears, and gizmos at home from a 3D printer has the potential to revolutionize DIY culture and bring it into the mainstream. However, the technique, popularized by MakerBot Industries and others, still has flaws. For one thing, the models created by 3D printers, while impressive, are less than structurally sophisticated. They don’t handle high levels of stress very well, and the points where a model is most likely to be gripped or push against another object can weaken and break. A new piece of software from Purdue University and Adobe could solve that trouble by automatically scanning designs for 3D models for structural weak points and then reinforcing them as the model prints.

Purdue University computer graphics professor Bedrich Benes is a 3D printing enthusiast, and knows firsthand how easily things produced by a 3D printer can go snap. “I have an entire zoo of broken 3-D printed objects in my office,” Benes said.

To help solve the problem, Benes became part of a team working on a three pronged solution to the problem. Once a design has been fed into design software and queued up for 3D printing, the new program scans it for likely structural weaknesses, as well as “grip points,” which are areas at which the object is likely to be grasped or held. When it finds those points, it either increases the thickness of the grip point, or tells the printer to print that area in such a way that it gives it internal struts — pieces in the structure of the object that reinforce possible weak points without changing its design. The program also offers the option of hollowing out large pieces on models, lowering their weight and decreasing the stress they exert on the rest of the structure.

Now that the team has a working structural analysis program, the next step is to refine that software to make it work for objects with moving parts, or that are designed to move against other structures. They also hope to dig into the more complex problems in 3D printing, like trying to understand how the layers of plastic used as a medium by most 3D printers change an object’s structural qualities.