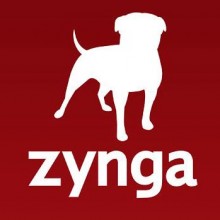 Zynga isn’t doing so well these days. Their quarterly performance has been abysmal of late, and they’ve just announced that they’ll be writing off between $85 and $95 million in association with the acquisition of OMGPOP. Considering that Zynga shelled out between $180 and $210 million for the company, that’s a rather massive nosedive. What goes up must come down, after all, and Draw Something didn’t have much of a revenue model. Looks like the Zynga is finding that out the hard way.

Worse than the major loss is the fact that it’s only been 197 days since OMGPOP was purchased. According to some math on the part of The Next Web, that comes out to between $431,472 and $482,234 a day in losses. That’s ignoring any revenue the company might have earned Zynga, as that was likely already accounted for in their figure. That’s nothing to sneeze at considering Zynga’s performance.

A month after the FarmVille creator snatched up OMGPOP, Draw Something had already lost 5 million users. That’s down from 15 million, so it means a third of their users checked out over the course of a single month. That kind of forecast didn’t bode well then, and it surely does bode well now for the future of the application.

In the meantime, Zynga’s going to focus on mobile and less on Ville-like properties, which is probably a good thing. Unfortunately, they’ll also be looking at more games in the casino genre, which is probably not a good thing. Overall, it’s like a mixed bag full of black licorice and meth; one’s awful and nobody in their right mind likes it, and the other’s meth.

(Zynga via AllThingsD, The Next Web)