OMGPOP, Creator of Wildly Successful Draw Something, is Releasing a Wu-Tang Clan FarmVille 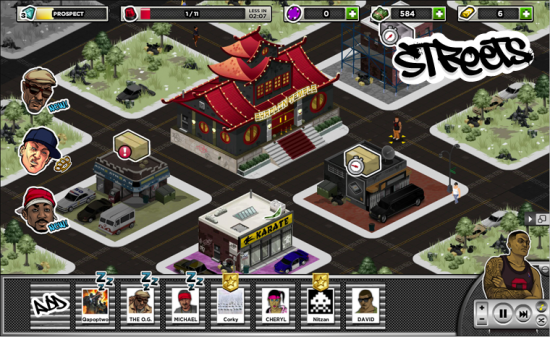 OMGPOP, the creator of the wildly successful play-by-email-esque iOS game Draw Something, has revealed the followup to their successful Pictionary-like drawing game: The Street, a FarmVille style game featuring the Wu-Tang Clan. You may now wat.

Details are currently scant, and yes, the screenshot says “Streets,” plural, while the game is currently called The Street, singular, but do not worry, for OMGPOP CEO Dan Porter said it will be “the realist game ever on Facebook.” If only he said “illest.”

Though The Street will be launching for Facebook, which might sound odd considering the company’s successful Draw Something is a mobile game, the Wu-Tang infused StreetVille will also be released on mobile platforms at some point, as a mobile version is being developed. Interestingly, The Street was under development before Draw Something caught on, and The Street will likely be OMGPOP’s last Facebook though, though, you know, money usually has a say in that.

Never fear, Wu-Tang fans, The Street will actually star Wu-Tang members, so you can keep it real while trading whatever The Street uses in place of FarmVille pigs with your relatives over Facebook. The Street is planned for a release next week.