Carlsen and Aronian Tie in Blitz Competition, Watch Live as Round 1 of Zurich Chess Challenge 2014 Kicks Off 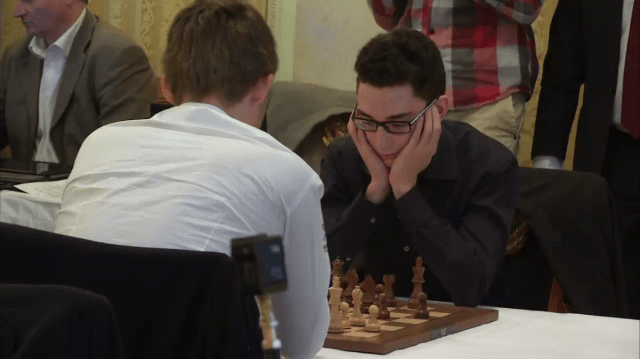 Yesterday’s blitz games to decide who will play which color at the Zurich Chess Challenge came down to a tie between World Champion Magnus Carlsen and Levon Aronian. That gives both men an advantage going into the first round, and you can watch it live right here.

Today’s games will see Carlsen playing white against Boris Gelfand, Aronian as white against former World Champion Viswanathan Anand, and Hikaru Nakamura takes white against Fabiano Caruana. If you’re waiting for the big Carlsen/Anand rematch (AND YOU FLIPPING SHOULD BE) that will be in Round 5 according to the event’s site.

Round 4 of play happens to fall on Boring Football Holiday, but the games are starting at 9:00AM ET, and the time structure of the tournament — which allows for two hours for the first 40 moves, another hour for moves 41 through 60, and then after move 61 the players have fifteen minutes with a 30-second increment added with each move — means the game should absolutely be over in time for you to eat nachos and scream about “the spread” or whatever it is people do while watching football.

For now though, you can watch how the first round of battle plays out.