Seriously, Anand. If you're going to start winning, now's totally the time to do that. 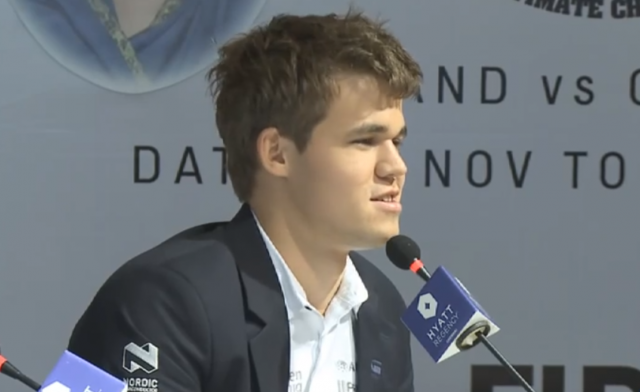 We’re getting into the endgame of the 2013 FIDE World Chess Championship, and from the look of things, everything’s coming up Magnus. Carlsen has a two game advantage over opponent Vishy Anand meaning Anand has to win at least three of these last four games to keep his title. It’s a tough spot, but we’d like to see him fight his way out.

Standard procedure applies here. We’ll update this post with both the live feed and the interactive chessboard for the game when they’re made available shortly before the match begins Thursday mornings at 4:30AM ET. The live feed will have expert commentary by chess masters, and our own Senior Editor Glen Tickle will sleepily be making jokes on Twitter, and continue his weird fascination with Anand’s habit of drinking tea at the table.

Tuesday’s Game 8 was a rather quick and bizarre draw with each side having just seven pawns and their kings at the end of the game. You can check out the interactive board below, or head over to our post for Game 8 to watch the video with commentary.

Anand really is going to have rally if he doesn’t want to hand his title over to Carlsen.