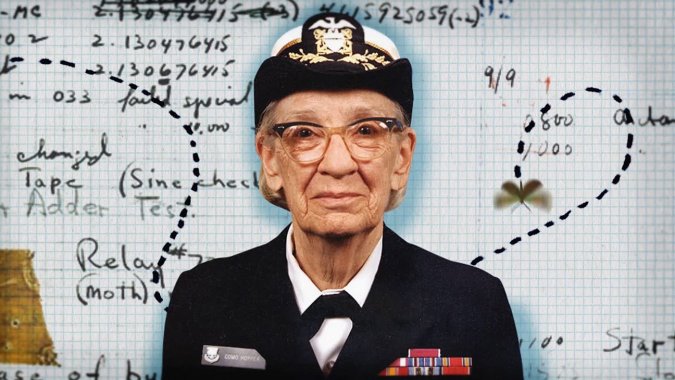 Yale University will rename Calhoun College, originally named for a virulent white supremacist and vocal advocate of slavery, as Hopper College. The new name will honor Rear Admiral Grace Murray Hopper, a founding mind of computer science who invented the first compiler, worked on the Mark I computer at Harvard, and served as a technical consultant in the development of the COBOL language. Admiral Hopper already has a supercomputer and a Navy guided-missile destroyer named after her.

The controversy over Calhoun College’s name and legacy has been ongoing. In 1992, student Chris Rabb petitioned for the removal of a racist stained glass window in the College, which depicted a chained slave kneeling at the feet of Calhoun. In 2015 and 2016, in the wake of the horrific Charleston church shooting, students mobilized to demand a name change, but Yale announced they would be keeping the name in April of 2016. Then, in July of 2016, dining hall worker Corey Menafee smashed a different stained glass window, depicting slaves picking cotton.

Some activists cite Menafee as the reason for the administration’s about-face; others cite the current political climate and ongoing student advocacy for a more inclusive campus. Whatever the reason, as of July, Calhoun College will instead honor Grace Hopper.

Grace “Amazing Grace” Hopper (1906-1992) received her P.h.D. in mathematics from Yale and served in WAVES during World War II. Her invention of the compiler was revolutionary. It would allow high-level programming languages to be written with words (like “run”), rather than straight arithmetic, and then translated back into the lower-level machine languages that the computer could execute. Speaking about her first compiler, she said that initially “nobody would touch it. They told me computers could only do arithmetic.” You can read more about Grace’s many, many accomplishments here, or check out this adorable comic for the abbreviated version.

John C. Calhoun (1782-1850) served as a Representative and Senator for South Carolina and was the seventh Vice President of the United States. He also served as Secretary of State and Secretary of War. Calhoun made his mark by being adamantly pro-slavery, and justifying its atrocities through paternalism and racism. He declared slavery a “positive good,” at a time when even other pro-slavery congressmen were calling it a “necessary evil” or “lesser evil.” Calhoun’s thinking on slavery also greatly influenced the infamous outcome of the Dred Scott case, which determined that the descendants of slaves were not U.S. citizens and that the federal government could not regulate slavery in federal territories.

Yale is not the only institution to face pressure around its historic relationship to slavery and segregation. Harvard Law School changed its crest from that of a slave-owning family. The University of North Carolina renamed Saunders Hall, initially named after a Ku Klux Klan member, as Carolina Hall. The University of Mississippi retired its Colonel Reb mascot and banned the Confederate anthem “Dixie” from being played at university events. Princeton has faced questions about its honoring of former President Woodrow Wilson, who despite his advocacy for peace-building bodies like the League of Nations, was also an adamant supporter of segregation.

There are, of course, legitimate debates about how we confront history. Historical figures are products of their time, and you would be hard-pressed to find an important political figure in world history who didn’t hold some troubling views. How can an institution honor someone’s admirable work (Wilson’s Nobel Peace Prize) without whitewashing their awful policies (his racism and the ways he institutionalized it)? And, perhaps most importantly, at what point does the awful outweigh the admirable?

In addition, erasing these figures’ names doesn’t erase an institution’s complicity. Harvard can’t pretend that it didn’t happily take that slaveholder’s money, even if it rejects his legacy today. Even if UNC removes a Ku Klux Klan member from its hall, the school itself was still built by slaves.

Calhoun was a relatively easy case, since his pro-slavery racism was considered extreme even in in the 1800s. However, as universities begin to examine more complicated figures, and as they determine how to acknowledge their own past, it will be important to distinguish between what they simply remember and what they actively honor.

(Via Yale Daily News and The Guardian; image via Code: Debugging the Gender Gap)