The Monstrous Regiment of Women: A Brief History Of The TOTALLY KICK-ASS Grace Hopper

Want to know where the term "computer bug" came from? 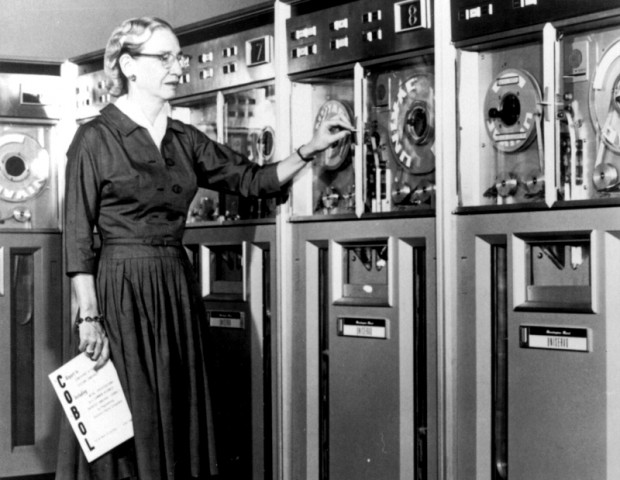 “The Monstrous Regiment of Women” is our new regular series from Assosicate Editor Sam Maggs (hi!), where I take a look at awesome geeky women throughout history and share their stories with you, gentle reader. The series title is a reference to a pamphlet written by John Knox in 1558, entitled “The First Blast of the Trumpet Against the Monstruous Regiment of Women,” complaining about the sudden rise of female monarchs in power.

Grace was born in New York City in 1906, and by seven years old she was ALREADY dismantling alarm clocks just to see how they worked. Turns out this would be kind of a life-trajectory for Grace, who got her Bachelor’s in Math and Physics from Vassar in 1928 (!) and following it up with a Masters and PhD in Math from Yale by 1934 (!!). I know I basically just fast-tracked you through something that like 99% of the planet is way not smart to ever do but I assure you that THIS is the BORING part of the story so THAT should tell you something about Grace over here. 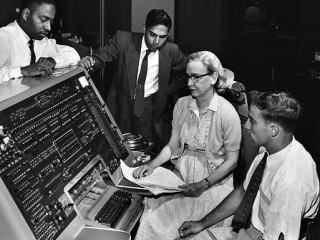 Despite a sweet gig as an Associate Professor at Vassar, Grace ditched the comfort of academia for a spot in the US Navy Reserve, as part of the WAVES (Women Accepted for Volunteer Emergency Service). Despite being only 105lbs – way underweight for Navy standards – Grace got special dispensation to join up because she was a BAMF and no one messed with her. Good thing, too, because she graduated TOP OF HER CLASS in 1944 and was assigned to work with the Navy at Harvard so fast people were tripping over themselves to tell her how damn awesome she was.

At Harvard, Grace worked on one of the first computers as part of the Mark I computer programming staff. And listen, I’m sure everyone at Harvard was super smart, but I’m just saying that Grace was smarter than all of them so DEAL WITH IT. While working on the Mark I, Grace created the first-ever compiler for computers – the thing that translates high-level programming language (like Java) into machine code for computers to read. As with so many of these things, nobody knew what the hell to do with Grace’s invention – she later said that “Nobody believed [it] – I had a running compiler and nobody would touch it. They told me computers could only do arithmetic.”

Gee, sounds like Grace was the ONLY PERSON to listen to Ada Lovelace, am I right, ladies? 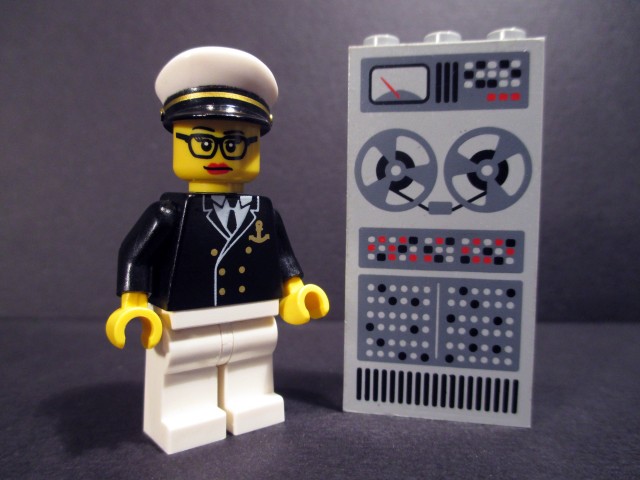 Once her concept started to catch on, Grace developed the first compiler-based programming languages for computers, like MATH-MATIC and FLOW-MATIC – but there was something bothering Our Queen Grace. See, computers would never gain popularity if all programs had to be written in crazy scary machine code, right? To make them programmer-friendly, Grace knew computers had to be taught to understand a code as close to English as possible. And despite being told AGAIN that it was TOTALLY IMPOSSIBLE, GRACE, GOD, she just went ahead and developed COBOL, which is now the most ubiquitous programming language of all time. And uses words instead of numbers. So, yeah, she basically taught computers how to understand English. BOOM. 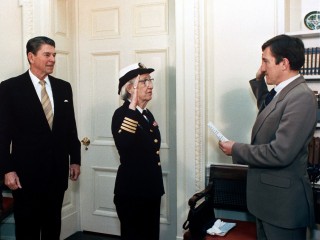 Oh, and here’s a funny little story – in 1947, while working on the Mark II at a US Navy research lab in Virginia, Grace noticed one of her computers wasn’t responding to her commands. When she dug into the actual, physical computer to find out what the problem was, she discovered that there was a moth stuck in a relay, blocking the computer from properly functioning. Grace, being hilarious and amazing, was like “Ah, no big deal, just DE-BUGGING MY COMPUTER” and now you know where the phrase “computer bug” came from. GRACE EFFING HOPPER EVERYONE.

After winning “Computer Sciences Man of the Year” (L O L) in 1969, Grace would go on to create the national standard for computer program testing and was essentially never allowed to retire from the Navy because everyone liked her SO MUCH. In 1983, “Amazing Grace” was promoted to Rear Admiral by special Presidential appointment and was awarded the highest non-combat medal the Navy has to offer. She has a bazillion buildings, funds, and awards named after her now – and is one of the only women in history to have a US Navy Destroyer named after her. A DESTROYER. AWW YISS. 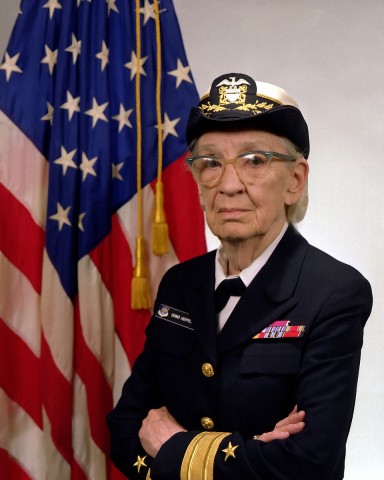 But despite all these honors, and being basically the most kick-ass chick on the planet for a minute there, Grace was MOST proud of teaching other kids about tech and compsci. “Grandma COBOL” frequently toured around the country giving speeches and was well-known for being hilarious, sassy, and inspirational (which OF COURSE she was on top of everything else). She used to say that “[t]he most dangerous phrase in language is ‘We’ve always done it that way,’” and she had a clock on her wall that ran counter-clockwise to remind her to never fight change. She diligently followed her students’ progress and would “stir ’em up at intervals so they [didn’t] forget to take chances.” Hell. Yes.

If you love Grace Hopper as much as I do, you might be interested to know that Community‘s Gillian Jacobs will be directing a documentary about Grandma COBOL for release in 2016. You should also check out the Anita Borg Institute’s Grace Hopper Celebration of Women in Computing.

If you have ideas of other excellent geek girls in history that you would like me to write about, please go ahead and suggest them in the comments. Thanks!