A little while ago, I wrote all about how Grace Hopper is the badassest badass to ever badass in computer science. Now, illustrator Pablo Stanley has written and illustrated his own comic about why Amazing Grace deserves all your love.

Not only did Hopper invent the first-ever compiler for computers, she also taught them how to understand English, coined the term “de-bugging,” and has a Naval Destroyer named after her. You know, among other things. What a gal. 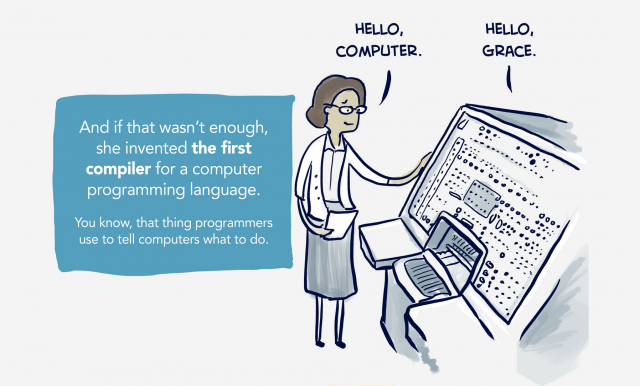 You can check out the full comic over on Udemy, which has tons of online programming courses available, should you be so inclined.