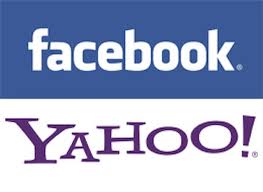 After holding its tongue for years, it seems, Yahoo! has unleashed a patent lawsuit against Facebook, arguing that Facebook’s momumental success would not have been possible without the use of techniques developed and patented by Yahoo! in it’s heyday. Like software patent suits that have laid claim to everything from the concept of the micro-transaction to the concept of torrenting, this suit is mainly concerned with broadly defined techniques and strategies, as opposed to specific technologies or anything so physical. Social networking juggernaut Facebook is no small target, and it this seems to be an all-or-nothing sort of play on Yahoo!’s part.

The patents in question are predictably boring and largely deal with things like methods for optimum ad placement and dynamic webpage generation. Yahoo! even owns a patent for a “Control for Enabling a User To Preview Display of Selected Content Based on Another User’s Authorization Level” or what seems to be a “privacy settings preview,” which is apparently a thing you can patent. This being the case, they feel they’re entitled to a boatload of Facebook’s cash.

In regards to their expectations, Yahoo! has said:

“Yahoo! has invested substantial resources in research and development through the years, which has resulted in numerous patented inventions of technology that other companies have licensed. These technologies are the foundation of our business that engages over 700 million monthly unique visitors and represent the spirit of innovation upon which Yahoo! is built. Unfortunately, the matter with Facebook remains unresolved and we are compelled to seek redress in federal court. We are confident that we will prevail.”

Facebook has since responded, accusing Yahoo! of making only feeble efforts to resolve issues before filing suit. Of course we’ll have to wait and see how the lawsuit plays out, but even if Facebook was found to be infringing, it seems like it would be able to shrug off all but the most epic of reparations. We’ll see if Yahoo! can swing this case, but you can rest assured that whatever the outcome, not much is likely to change.