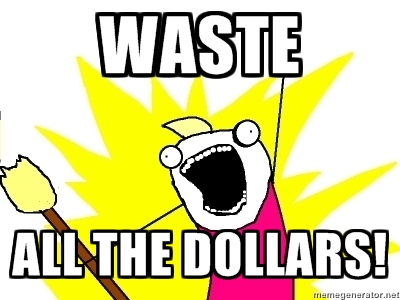 We all know patent trolls waste everyone’s time and money, leech off the productive and innovative, and are generally annoying. If you’re into the independent software development scene at all, you probably support a few developers that have been trolled. It’s expensive and wasteful and we all know it — well, we all have anecdotal evidence to support that claim anyway, but now, thanks to researchers at Boston University, we now have a study we can point to and that study shows innovators have lost $500 billon to patent trolls since 1990.

Authors James Bessen, Mike Meurer, and Jennifer Ford estimated the losses by checking the drop in a company’s stock valuation shortly after a lawsuit had been filed against it, and did this for a whopping 1,630 lawsuits. The average loss per defendant was $122 million. At this point, a patent troll might argue that this loss is intended to make its way to the innovators who were “wronged” in the first place, but the study pretty clearly shows that that isn’t the case.

By using examples where the plaintiffs were also publicly traded companies, the researchers estimated how much of the defendant’s loss actually made it to the the company (and inventor) where the patent originated. What they found was that while the defendants in these cases lost around $88 billion, the plaintiff companies’ revenue was only around $7.6 billion, meaning that, at the very best, the actual innovators were getting less than 10 percent of the estimated losses. Where’s the rest of the money going? A large chunk is probably going to the patent lawyers.

In addition, 62 percent of the lawsuits in question involved software patents, which many software developers will tell you, don’t help anyone except trolls. All in all, what this study goes to show is that patent trolls are effectively turning the purpose of patents on its head. Patents are designed to encourage innovation, but thanks to patent trolls, they are starting to make it less attractive since you have to keep settling with patent trolls or fighting them and hemorrhaging money that way. We can only hope that calling ever more attention to the sad state of affairs as it is will ultimately result in a change. Hopefully.