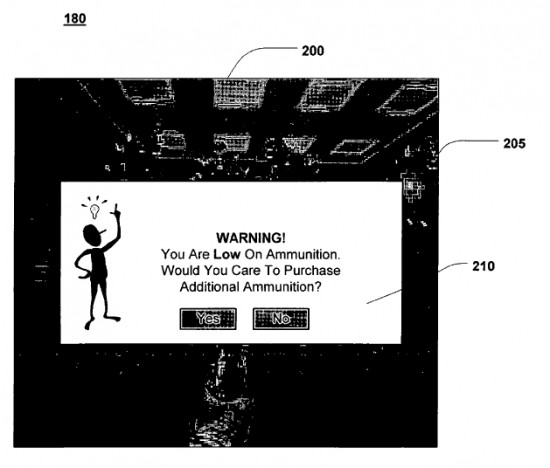 Micro-transactions aren’t particularly new or novel. Ever since FarmVille exploded, the concept of buying in-game materials in order to speed things up, making things prettier, or make things easier has been pretty widely adopted. It may, in fact, be the future of gaming, what with free-to-play games proving to a rather persistent trend. Considering that everybody is using micro-transactions and everything seems to be working out just fine, it can’t be that someone has a patent on them, can it? It can.

Originally filed back in 2000, US patent 7,076,445 describes “a system and methods allowing the creation, integration, and transaction of advantages” and goes on to clarify that this extends to anything that lets a user “register his/her profile information with an advantages content provider such that when navigating through the computing application, the user have [sic] access to and purchase offered advantages and interact with interactive advertisements to purchase products and or services.”

Legalese aside, the concept sounds pretty familar, right? This seems like a pretty spot-0n description of the micro-transaction and it’s been patented for over a decade now, long before FarmVille started up in 2009. The patent is owned by Gametek LLC which is now filing suit against most of the social gaming giants including Facebook, Zynga, some indie developers, and just regular gaming giants like EA. Of course, Gametek didn’t own the patent from the start. In fact, they only recently came into it. Also, it may not surprise you to learn, Gametek is not currently making any games, free-to-play or otherwise. It looks like a pretty standard case of patent trolling.

Fortunately, it’s unlikely like Gametek will actually be able to put a stop to the use of micro-transactions in gaming. Naturally they’re trying to (or at least trying to look like they’re trying to), and are shooting for a permanent injunction on all games currently using the system. However, that’s an unlikely outcome for one main reason: Money.

The mostly likely outcome, as is often the case with patent trolls, would be a settlement to avoid going to court. Even if the issue did go to court and Gametek won, it would have little to gain from such an injunction considering it doesn’t actually make any games that use micro-transactions anyways. The best course of action for the company would be to force free-to-play games to pay a licensing fee for the luxury of micro-transactions.

Free-to-play games are a very, very important fixture in the current gaming industry and the concept is so young, it would be a shame to see it crippled before it had the chance to actually accomplish anything. A number of the companies being sued are huge, so they might want to just pay up and forget about it. On the other hand, they also have the resources to fight and hopefully quash this little leech which will doubtlessly try to feed off them again. Either way, it’ll be a story worth watching.

Here’s to hoping that one of the most consumer-friendly advances in modern gaming doesn’t get shelved for good.