Y: The Last Man Movie May Finally Get Made 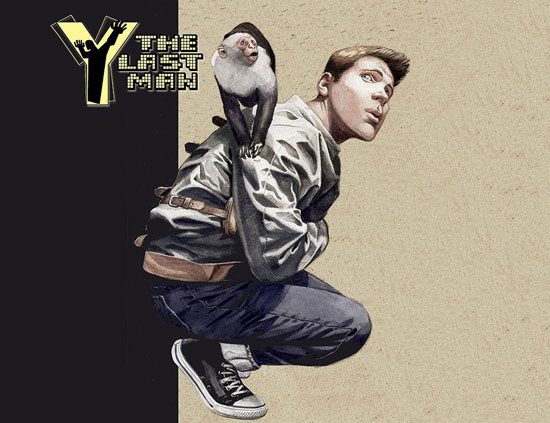 The film adaptation of Brian K. Vaughn’s Y: The Last Man has been kicked around Hollywood for a long, long time. It seems like every couple years, something seeps out that indicates the film is still alive and at some point will be made. The latest supposed news out of New Line Cinema indicates that a recent draft has passed muster, and the studio is now looking at potential directors for the continuously stalled project.

This is all according to Vulture, mind, and their inside sources:

Well-placed sources tell us that New Line Cinema may finally be getting around to making a feature-film adaptation of the graphic novel, Y: The Last Man.

Of course, when a project has been in development for almost a decade, it can sometimes be difficult to get excited about the latest twist or turn. But even still, we hear that the studio is very pleased with a draft from former Jericho writers Matthew Federman and Stephen Scaia, and has already begun the process of meeting with director candidates to hire for the project.

Given that the comic would likely work better as something like a web or television series, we’ll be right here not holding our breath.