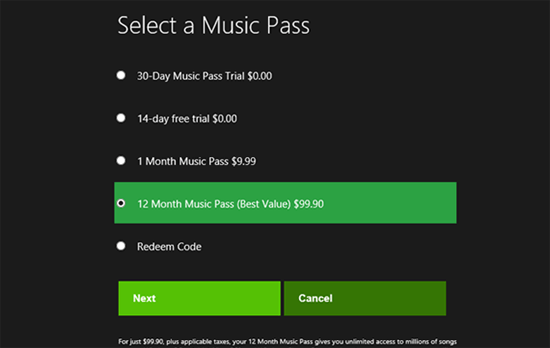 Microsoft apparently didn’t learn too terribly much from the whole Zune fiasco, as the leaked pricing plans for their Xbox Music service aren’t exactly competitive. It looks like a month of the unreleased service will cost a cool $9.99 in the United States, with a slight discount if users purchase a year worth. That’s the same amount one might pay to Spotify for a Premium membership, which is honestly a better deal. Maybe they just think Xbox 360 users aren’t aware of this fact?

According to a post on NeoGAF, Microsoft’s offering will also be supported by ads on top of requiring a subscription. If this whole thing runs behind Xbox Live Gold, then it means that users will need a subscription to Xbox Live, Xbox Music, and will see advertisements on both the dashboard and within the Xbox Music application regardless. That’s a sure way to engender positive user engagement.

On the plus side, there’s a free trial. So, at least they have that.