The Worst People in the Galaxy: Star Trek Characters We Never Want to See Again 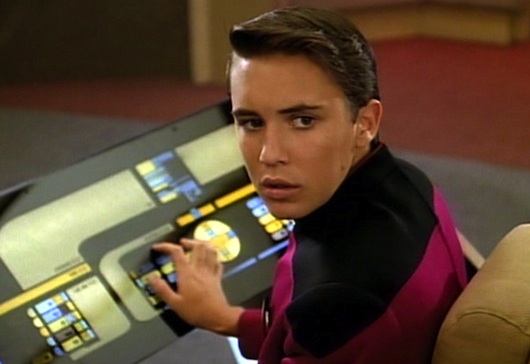 Like we’ll wager a lot of you, we’re getting pumped for a new Star Trek movie — especially with the new trailer for Star Trek Into Darkness dropping today. We’re really excited to see what characters from the show may get renewed leases on life in the fresh timeline they now have to play with. Through a history spanning six decades, there are plenty of characters in the Trek universe that we have come to love dearly as well as a few that we’ve come to loathe with all the strength in our black little hearts. Recently, we turned to Facebook — on our page and our own walls — to find out who the most reviled characters in Trek history were, and we’ve got them here for your perusal. Feel free to let us know how right or wrong we are in the comments, as it wouldn’t be a Star Trek conversation without a nerd fight or two.

A couple of things that we found interesting: most of the least liked characters are from The Next Generation, which is surprising to us — while we are familiar with most of the series, TNG is, speaking frankly, our Star Trek. It’s also, perhaps, predictable. TNG was probably the most influential of the shows, and the most likely to inspire strong feelings on either side. Voyager also contributed some characters to the DO NOT WANT list, including one of the only two official Star Trek ship’s captains, if you listen to her. Also fun to note — pretty much no suggestions stemming from Enterprise, which says less about how great the characters were and more about how few people ever gave a damn about Enterprise.