If you saw Game 10, this shouldn't be surprising. 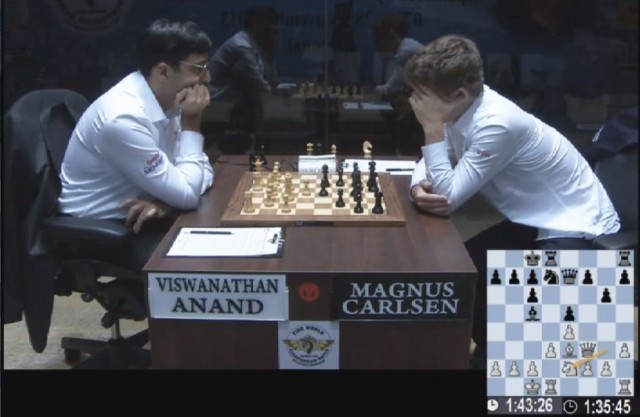 Hooray! A winner has finally been declared for the 2013 FIDE World Championship, so now we can all stop getting up at 4:30 in the morning to watch chess! Or course, on the downside, we won’t have as much awesome chess to watch anymore, but at least being able to get a full night’s sleep will make up for that.

So who’s the winner? It’s Magnus Carlsen of Norway, that’s who.

This probably won’t surprise a whole lot of people, since anyone who’s been following the games for some time knows that he’s been leading over India’s Viswanathan Anand for a while, now. Officially, he’s beaten his opponent by 6,5-3,5, after the last of 10 games finished in a draw between the two chess masters.

What’s next for Carlsen? We’re guessing that he’ll probably set off a nuclear bomb at Fort Knox or hijack a moon rocket. You know, because his name makes him sound like a Bond villain.