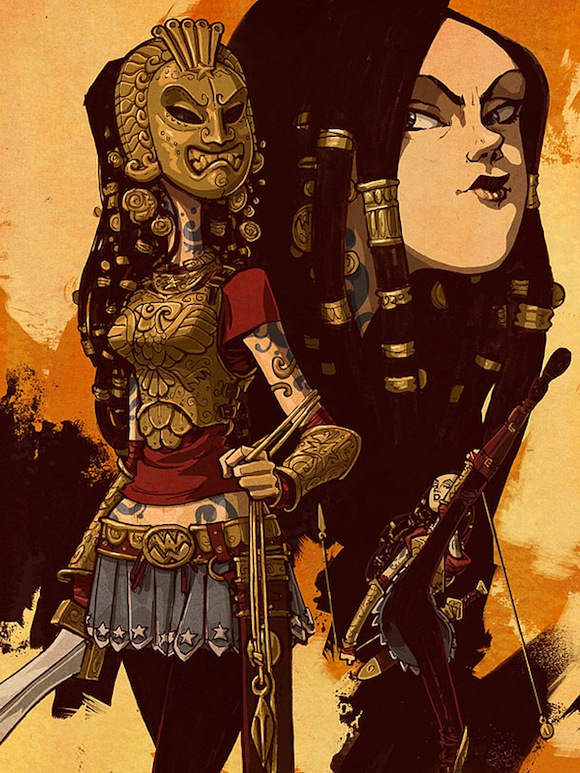 Says Rory Phillips, the artist behind this redesign: “I have always thought Wonder Woman should look more like a warrior, and less like a pinup. The Amazons of Classical Greek lore were from the region of Scythia. I wanted her outfit to reflect that culture and be almost ceremonial,” which is why he’s equipped her with a ceremonial Death Mask for headbutting and a deadly meteor hammer in place of her lasso.