The Academy’s Response to Grammys So Male: “Women Need to Step Up” 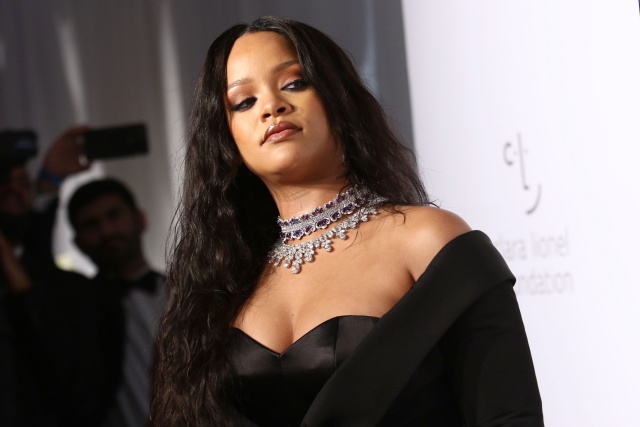 Much like Rihanna, I have learned to treat the Grammys as a red carpet event featuring some musical performances. Last night, the least important award ceremony took place, and the internet was quick to realize that no women were winning in the big categories.

Here is the list of female Grammys winners from last night:

Rihanna won a shared Grammy with Kendrick Lamar for “Loyalty”—by the way you guys still owe her for “Anti,” but I’m gonna just ignore that for the time being. Now, not to disrespect or belittle these awards, but most of these were not even televised at the actual ceremony and were being announced well before the show actually started, in the pre-telecast ceremony. Only Alessia and Rihanna actually took to the stage to receive their awards.

Recording Academy president Neil Portnow was asked by Variety about #GrammysSoMale and had this insightful thing to say:

“It has to begin with… women who have the creativity in their hearts and souls, who want to be musicians, who want to be engineers, producers, and want to be part of the industry on the executive level… [They need] to step up because I think they would be welcome. I don’t have personal experience of those kinds of brick walls that you face but I think it’s upon us — us as an industry — to make the welcome mat very obvious, breeding opportunities for all people who want to be creative and paying it forward and creating that next generation of artists.”

You can’t have it both ways, with it being “upon us as an industry” but having “to begin with women.” We need women with creativity? They need to “step up”? Really sir? So Kesha, who has worked to transform her whole image and deliver one of the most deeply personal albums about her sexual abuse didn’t step up? SZA, who was nominated in several categories for a hit album, didn’t step up? Cardi B, who became the first rapper since Lauryn Hill to make it to #1 on Billboard for more than two weeks, didn’t step up? Lorde’s Melodrama which was a critical darling almost unanimously, didn’t step up?

No offense to Sheeran, but “÷ ” is nowhere near as good of an album as Rainbow on this planet, Jakku, Arrakis, or anywhere else. Starboy winning over Ctrl was utter foolishness, considering no one has thought about it since 2016 and Ctrl was more critically acclaimed. Whatever you may think of Cardi B as a person or as a rapper, regardless, what she accomplished with “Bodak Yellow” was worthy of winning Best Rap Performance, and even critics saw that the song had a great hook and lyrics. And if she had won, she would have been the first female rapper to ever win that award.

Who does Portnow suggest may be able to save the day for women next Grammy season? Taylor Swift. “It wasn’t her year. She was kind of off cycle. Hopefully, we’ll see her next year.”

What in the fresh hell?

Taylor Swift and Adele to come save the academy from sexism and a lack of ability to properly nominate and award female artists for their work? Are they the only two recognized as being worthy of Grammys when men are around?

Female rappers already have to deal with enough crap—people claiming they exchange sex for music, or that men are responsible for writing their songs—but when they make a hit and it comes time for them to recognized, they have to be happy with a BET or MTV award for their efforts, while the biggest awards go to the same men all the time.

This is not shade at Kendrick. DAMN is excellent, and he deserves all of his success, but it is clear to me that him sweeping rap awards isn’t just about talent. It is about wanting to keep him in his lane. Granting him AOTY or ROTY for DAMN and giving a fair shot to Cardi for “Badok Yellow” in either of her two categories would be a small thing.

It’s bad enough to see so many talented women get snubbed time and time again, but it’s extra insulting that Portnow thinks that it is women’s fault. Women have been leading the charge in almost every genre they touch. Best country music: women. Best R&B: women. Best pop music: women. So let’s not pretend that this year women didn’t deliver great music.

Maybe it’s time for the voters to learn that it is okay to give an aggressive, black, and angry album one of its two biggest awards. Bruno Mars’ sweep across his categories does recognize his musical talent, and I do not want to minimize it in any way, but this marks the third time Kendrick Lamar has been snubbed for AOTY and ROTY. I don’t want to see Bruno Mars and Kendrick Lamar pitted against each other, because they are both MOC and Bruno Mars’ win makes him among the very few Asian and Latino musicans to win AOTY or ROTY. It is the fact that this is part of a pattern that makes it bitter.

Also, if Taylor Swift is the great white hope for women to be acknowledged at the Grammys, then may the gods have mercy on our souls.