“Janus” Was Probably Not The Best Name To Give Give This Storm, Weather Channel

Fire your graphics team. Alternately, give them all raises. 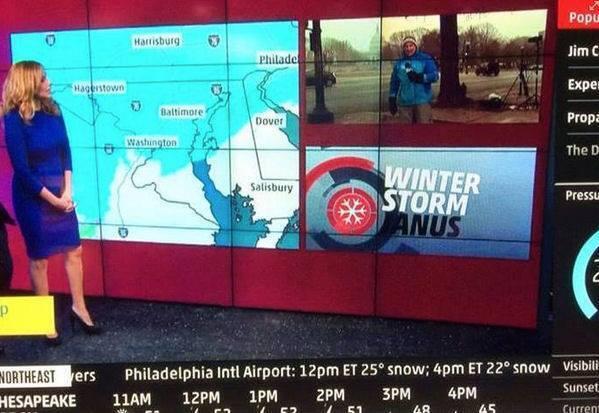 The Weather Channel does this thing now where they give practically every rain cloud a name so they can scare people into watching. They probably thought they were being clever by naming this one after the Roman god from which we derive the word “January.” Instead it sort of backfired, didn’t it? Really a bummer for everyone involved.

On a related note, did any one not know that the Weather Channel had named this storm “Janus” before now and just thought a whole bunch of people on their Twitter feed were poetically cursing the new year by invoking pagan gods? No? Just me? Okay.

(via In Other News on Tumblr)