Wikipad, Tablet and Controller Combo, to Cost $499 at Launch 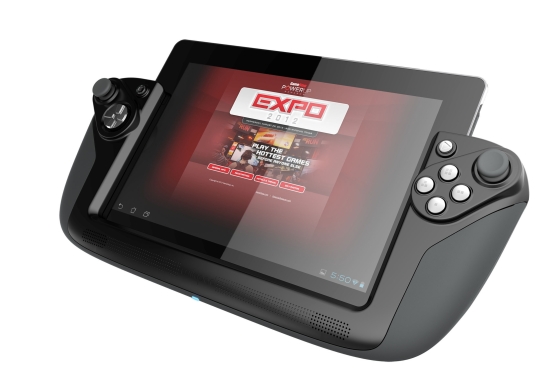 The Wikipad is particularly odd amid a wide field of gaming device oddities. It originally made waves back in January due to its inclusion of glasses-free 3D technology, but now it doesn’t even have that. That hasn’t stopped the company behind the controller-enhanced Android tablet, aptly named Wikipad Inc., from pressing on. Their eponymous device will be brought to the masses courtesy of GameStop with a $499 price tag attached.

Though it includes a perfectly suitable Android tablet, the Wikipad isn’t really the Wikipad until that tablet is combined with its controller companion. It’s like the Voltron of gaming devices. Functional on its own, but really meant to be used together. Although, actually, the controller is basically worthless without the tablet, so, it’s more of a Captain Planet situation, and the controller’s Ma-Ti.

The tablet is said to support around six hours of continuous gameplay, or eight hours of video, on a single charge. As an unfortunate side effect of being the combination of a tablet and controller, the device clocks in at 560 grams — about twice the weight of the PlayStation Vita. As the controller scheme looks somewhat like an inverted PlayStation controller, it isn’t surprising to learn that it will support a number of PlayStation Mobile games.

So if you’re looking for an expensive way to play original PlayStation titles, but don’t want to bother with the PlayStation Vita, feel free to give this sucker a go. If you just want a tablet on which to quietly game during your commute, however, there are probably cheaper alternatives.

The whole Wikipad kit is set to launch exclusively at GameStop on October 31st.