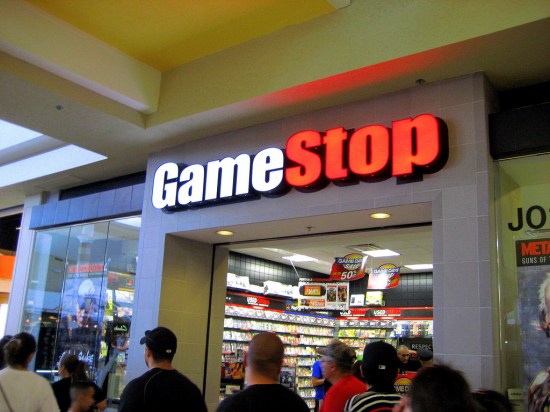 It’s pretty rare when a life-affirming, heart warming story sneaks its way out of a major American retail chain. Especially GameStop. But this story from blogger and GameStop shift manager Kristen Wolfe might very well put a warm feeling in the deepest, darkest cockles of your heart. It’s about a young boy who wants to buy games with female protagonists, and a “girl color” controller. His father will hear nothing of it, threatening to “whoop” the boy if he doesn’t choose something manlier — then the young boy’s older brother steps in.

What’s really wonderful about this story is how it underlines one of the best qualities of geek culture: That it so celebrates non-conformity. The kind of people that revel in dressing up in strange costumes, or living in a way that some people just don’t care to understand. This kid wanted to be himself, and wanted to enjoy the things he liked.

While many will (hopefully) never have to endure such a degrading experience as he did, I think we can all agree that he’s a pretty awesome kid — and the brother, especially.

Dear Customer who stuck up for his little brother,

you thought I didn’t really notice. But I did. I wanted to high-five you.

Yesterday I had a pair of brothers in my store. One was maybe between 15-17. He was a wrestler at the local high school. Kind of tall, stocky and handsome. He had a younger brother, who was maybe about 10-12 years old. The only way to describe him was scrawny, neat, and very clean for a boy his age. They were talking about finding a game for the younger one, and he was absolutely insisting it be one with a female character. I don’t know how many of y’all play games, but that isn’t exactly easy. Eventually, I helped the brothers pick a game called Mirror’s Edge. The youngest was pretty excited about the game, and then he specifically asked me.. “Do you have any girl color controllers?” I directed him to the only colored controllers we have which includes pink and purple ones. He grabbed the purple one, and informed me purple was his FAVORITE.

The boys had been taking awhile, so their father eventually comes in. He see’s the game, and the controller, and starts in on the youngest about how he needs to pick something different. Something more manly. Something with guns and fighting, and certainly not a purple controller. He tries to convince him to get the new Zombie game “Dead Island.” and the little boy just stands there repeating “Dad, this is what I want, ok?” Eventually it turns into a full blown argument complete with Dad threatening to whoop his son if he doesn’t choose different items.

That’s when big brother stepped in. He said to his Dad “It’s my money, it’s my gift to him, if it’s what he wants I’m getting it for him, and if your going to hit anyone for it, it’s going to be me.” Dad just gives his oldest son a strong stern stare down, and then leaves the store. Little brother is crying quietly, I walk over and ruffle his hair (yes this happened all in front of me.) I say “I’m a girl, and I like the color blue, and I like shooting games. There’s nothing wrong with what you like. Even if it’s different than what people think you should.” I smile, he smiles back (my heart melts!) Big brother then leans down, kisses little brother on the head, and says “Don’t worry dude.” They check out and leave, and all I can think is how awesome big brother is, how sweet little brother is, and how Dad ought to be ashamed for trying to make his son any other way.

Relevant to your feel-good interests