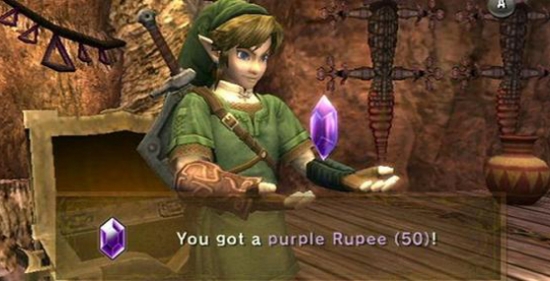 The Wii U sold 3.06 million units between its November launch and the end of the 2012. Those numbers are stronger than we would have guessed considering how underwhelmed we were with the system, but it looks like Nintendo is even more disappointed by the Wii U than we were. Because of the slower-than-expected performance, Nintendo is cutting their sales projections through March by 1.5 million units. Bummer.

Three million of anything sounds like a lot, but compared to how the original Wii did back in 2006, 3.06 million is hardly worth celebrating. The original Wii sold 3.19 million units in the same time frame, and by March of 2007 sold 5.84 million units. Nintendo had originally hoped the Wii U would fall just short of that at 5.5 million units by March 2013, but now they’ve lowered that number to 4 million.

That seems pessimistic even from someone who didn’t think the Wii U would do as well as it has so far. Maybe Nintendo is intentionally placing the bar low, and they’re really expecting the Wii U to do significantly better than 4 million so that when the March numbers come out they can say it’s performing better than expected.

That’s purely speculative, but a 27% drop in sales projections is pretty significant with the Wii U sales figures tracking pretty closely behind the Wii, and considering that the original sales projection was already below where the Wii was six years ago.

Nintendo also lowered their projections for games. They expected to sell 24 million games by March 2013, but they’ve cut that number by a third down to 16 million. The lowered expectation of game sales could be due to reported major title delays. This will put Nintendo in its second straight year of operating at a loss. Maybe they should speed up production on that new Zelda game. That would at least get me to buy one, and every little bit helps.

It’s at least refreshing to see that we’re not the only ones who don’t see things going well for the Wii U down the line. Nintendo doesn’t seem to have much faith in it either.