Patent trolls are the worst, so the White House is finally doing something about them. 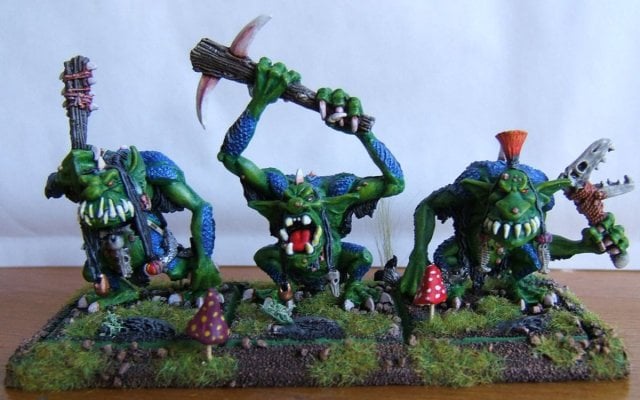 The United States patent system is broken. Instead of its intended purpose of protecting inventors from having their ideas stolen, it’s been turned into something used to stifle innovation. Today the White House announced a plan to reform the patent system, and to stop so-called Patent Trolls.

The White House released a report titled Patent Assertion and U.S. Innovation that outlines the problems with the current system and with patent trolls. In response to the problems they see with the way patents are being used as leverage against innovation, they are calling on Congress to pass reforms, and President Obama will issue executive orders.

Director of the National Economic Council Gene Sperling makes it clear in a blog post on the White House site exactly what they’re not going after here:

We aren’t trying to make it harder to pursue legitimate intellectual property rights, or vigorously defend valid patents. Indeed, the United States has the best intellectual property protections in the world, and our system rightly ensures that these innovators are compensated for their creativity.

Sperling also points out that trolls are only part of the problem. Overly broad patents that never should have been issued in the first place are what patent troll companies are using as weapons, and are arguably a bigger problem than the trolls themselves.

Podcasters are currently under attack by a company called Personal Audio that claims to have invented the technology that makes podcasting possible, and have contacted a number of podcasters including Jesse Thorn and Marc Maron demanding a licensing fee. The podcasters have been working with the Electronic Frontier Foundation to stop patent trolls, and it looks like their work is paying off.

Speaking of podcasts, this week’s episode of This American Life revisits the issue of patent law, and breaks it down in a pretty easy to understand way. Give it a listen if you have an hour to spare.

There are seven recommendations being made to Congress, and they’re outlined in a fact sheet released along with the patent report. They are:

1. Require patentees and applicants to disclose the “Real Party-in-Interest,” by requiring that any party sending demand letters, filing an infringement suit or seeking PTO review of a patent to file updated ownership information, and enabling the PTO or district courts to impose sanctions for non-compliance.

2. Permit more discretion in awarding fees to prevailing parties in patent cases, providing district courts with more discretion to award attorney’s fees under 35 USC 285 as a sanction for abusive court filings (similar to the legal standard that applies in copyright infringement cases).

3. Expand the PTO’s transitional program for covered business method patents to include a broader category of computer-enabled patents and permit a wider range of challengers to petition for review of issued patents before the Patent Trial and Appeals Board (PTAB).

4. Protect off-the-shelf use by consumers and businesses by providing them with better legal protection against liability for a product being used off-the-shelf and solely for its intended use.  Also, stay judicial proceedings against such consumers when an infringement suit has also been brought against a vendor, retailer, or manufacturer.

5. Change the ITC standard for obtaining an injunction to better align it with the traditional four-factor test ineBay Inc. v. MercExchange, to enhance consistency in the standards applied at the ITC and district courts.

6. Use demand letter transparency to help curb abusive suits, incentivizing public filing of demand letters in a way that makes them accessible and searchable to the public.

They want to make troll companies more transparent, so someone on the receiving end of a demand letter knows exactly who they’re dealing with. They also want to make trolls accountable for paying the lawyer fees of the party they’re suing if they lose their case. They’re also protecting consumers directly from attacks for using off-the-shelf products.

That last point is likely in response to a patent troll going after coffee shops for offering free Wi-Fi to customers, claiming they own a patent on free Wi-Fi in a public space.

As for the Executive Orders to be issued, there are five of them, and they’re also outlined on the fact sheet:

1. Making “Real Party-in-Interest” the New Default.  Patent trolls often set up shell companies to hide their activities and enable their abusive litigation and extraction of settlements.  This tactic prevents those facing litigation from knowing the full extent of the patents that their adversaries hold when negotiating settlements, or even knowing connections between multiple trolls.  Today, the PTO will begin a rulemaking process to require patent applicants and owners to regularly update ownership information when they are involved in proceedings before the PTO, specifically designating the “ultimate parent entity” in control of the patent or application.

2. Tightening Functional Claiming.  The AIA made important improvements to the examination process and overall patent quality, but stakeholders remain concerned about patents with overly broad claims — particularly in the context of software.  The PTO will provide new targeted training to its examiners on scrutiny of functional claims and will, over the next six months develop strategies to improve claim clarity, such as by use of glossaries in patent specifications to assist examiners in the software field.

3. Empowering Downstream Users.  Patent trolls are increasingly targeting Main Street retailers, consumers and other end-users of products containing patented technology — for instance, for using point-of-sale software or a particular business method.  End-users should not be subject to lawsuits for simply using a product as intended, and need an easier way to know their rights before entering into costly litigation or settlement.  Today, the PTO is announcing new education and outreach materials, including an accessible, plain-English web site offering answers to common questions by those facing demands from a possible troll.

4. Expanding Dedicated Outreach and Study.  Challenges to U.S. innovation using tools available in the patent space are particularly dynamic, and require both dedicated attention and meaningful data.  Engagement with stakeholders — including patent holders, research institutions, consumer advocates, public interest groups, and the general public — is also an important part of our work moving forward.  Roundtables and workshops that the PTO, DOJ, and FTC have held in 2012 have offered invaluable input to this process.  Today, we are announcing an expansion of our outreach efforts, including six months of high-profile events across the country to develop new ideas and consensus around updates to patent policies and laws.  We are also announcing an expansion of the PTO Edison Scholars Program, which will bring distinguished academic experts to the PTO to develop — and make available to the public — more robust data and research on the issues bearing on abusive litigation.

5. Strengthen Enforcement Process of Exclusion Orders. Once the U.S. International Trade Commission (ITC) finds a violation of Section 337 and issues an exclusion order barring the importation of infringing goods, Customs and Border Protection (CBP) and the ITC are responsible for determining whether imported articles fall within the scope of the exclusion order. Implementing these orders present unique challenges given these shared responsibilities and the complexity of making this determination, particularly in cases in which a technologically sophisticated product such as a smartphone has been successfully redesigned to not fall within the scope of the exclusion order. To address this concern, the U.S. Intellectual Property Enforcement Coordinator will launch an interagency review of existing procedures that CBP and the ITC use to evaluate the scope of exclusion orders and work to ensure the process and standards utilized during exclusion order enforcement activities are transparent, effective, and efficient.

President Obama mentioned the problem with patent trolls in a Fireside Hangout a few months ago, so it’s nice to see him following through on the comments he made. Let’s get this thing sorted out before Personal Audio ruins podcasting for everybody.

(via White House Blog, image via Steve B Chamberlain)