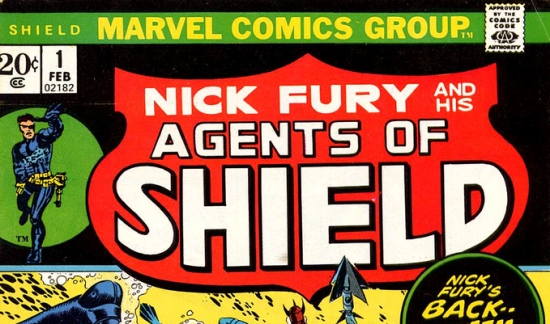 When we heard there was a SHIELD Act working its way through Congress right now, we only had one thing in mind, but it turns out that the SHIELD in question doesn’t stand for Strategic Homeland Intervention, Enforcement and Logistics Division. It stands for Saving High-tech Innovators from Egregious Legal Disputes, and it’s looking to keep America safe from patent trolls by making them cover the legal fees for their frivolous lawsuits if they lose. It could be the only thing standing between podcasts and certain doom, so I guess it’s still a little bit like Nick Fury.

Earlier this month I covered a story that a company called Personal Audio was targeting podcasters with a claim that it owned a patent on all podcasting technology. It looks like Personal Audio has gone through with its threat of lawsuits against popular shows like The Adam Carolla Show and the shows on the How Stuff Works network of podcasts.

To protect American innovators and companies from frivolous patent lawsuits that cost jobs and resources. The SHIELD Act will put the financial burden on so-called “patent trolls” that buy broad parents on products they did not create and then file questionable lawsuits against companies for infringement.

DeFazio cited a recent Boston University study that shows that patent trolls cost American companies over $29 billion just in 2011. Personal Audio has already won $8 million from Apple in a suit over a patent on downloadable playlists. Not happy with the $8 million, Personal Audio sued for further damages less than a month after the first ruling, but that case was denied.

There’s been a rally of support from the podcasting community to help bring attention to the suits against Carolla and How Stuff Works, and that’s largely out of fear that any other podcasters could be next, and they’re not all subsidiaries of the Discovery Channel like How Stuff Works is. Many podcasts would have no way to afford to defend themselves against a suit, even if it’s one as baseless and frivolous as this.

The Electronic Frontier Foundation is organizing podcasters and fans with resources on how they can take action, and currently it seems the best way is to contact your Representative and tell them to pass the SHIELD act to make companies responsible for these lawsuits. Maybe you should do that. I really like listening to podcasts.

(via Congressman Peter DeFazio and Current)