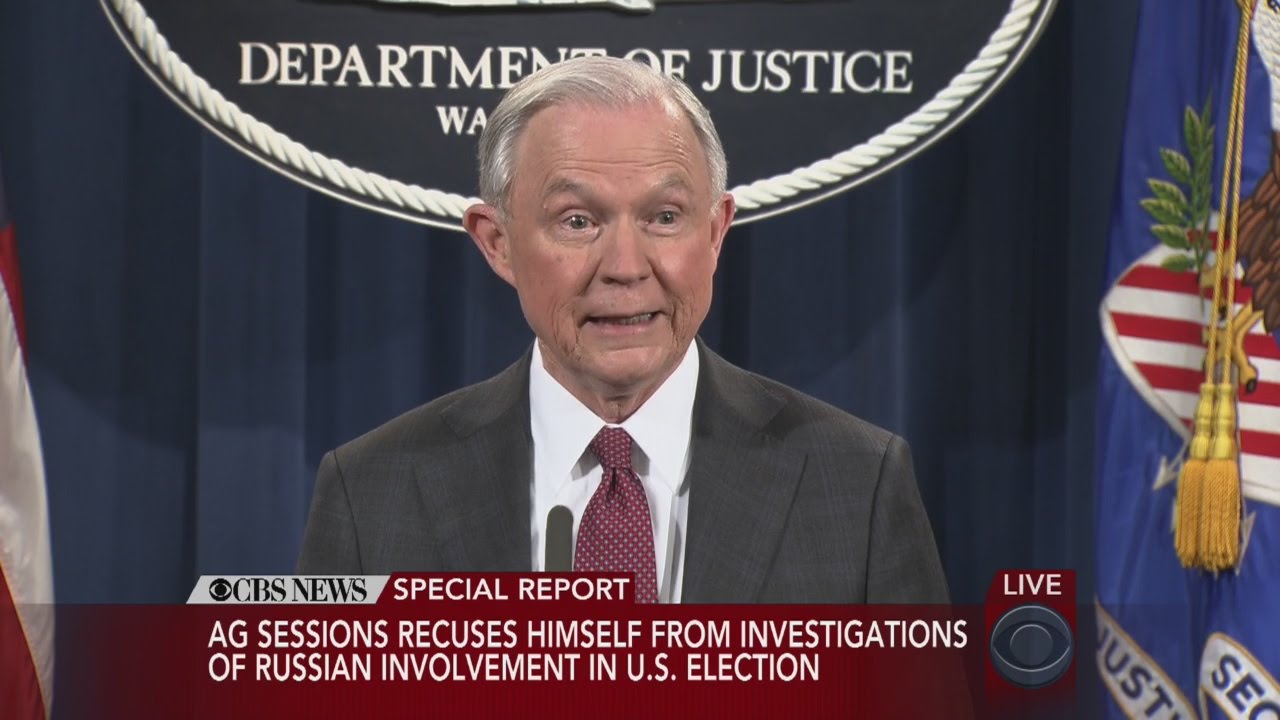 Ethics are well-worn topic of conversation in any administration–in any aspect of any government, really. But it does seem like the subject has come up more in the last few weeks than ever before. From that time Republican lawmakers tried to do away with the pesky stuff altogether, to Donald Trump’s giant conflicts of interest that could potentially change our international diplomatic relations to best suit his income and nothing more, yes, we talk about ethics a lot.

So what happened today in EthicsLand? You probably heard that Attorney General Jeff Sessions was being pushed to resign or recuse himself from investigations into potential ties between Russia and Trump’s campaign.

That’s because during his confirmation hearing (the hearing during which Elizabeth Warren now-famously “nevertheless persisted”), Sessions was asked if he knew of any contact between Russian officials and Trump surrogates during the campaign and he refused to disclose that he himself (a Trump surrogate) had two meetings with Russians.

While many on the right maintain that those meetings were simply Sessions doing his job, even if that is accurate, it doesn’t explain his omission of the information. Many are calling that nothing short of perjury, since he was under oath during the hearing.

We can’t give #Sessions a pass when it comes to the rules. The deck is already stacked against women & minorities. BE LOUD. #LockHimUp

No one is above the law — certainly not those sworn to uphold it. #Sessions

We are far past recusal. Jeff #Sessions lied under oath. Anything less than resignation or removal from office is unacceptable.

This is not normal. This is not fake news. This is a very real & serious threat to the national security of the United States.

And we need Attorney General Jeff Sessions – who should have never been confirmed in the first place – to resign. We need it now.

Sessions did end up recusing himself from Russia-related investigations, though he did not resign. When asked during a press conference what he thought of the fact that both Trump and Sean Spicer said they didn’t think he should recuse himself, his answer implied that they may not understand the details of the situation.

I did share with White House counsel, and my staff has, that I intend to recuse myself this afternoon. But I feel like — because they didn’t — they don’t know the rules, the ethics rules, most people don’t and — but when you evaluate the rules, I feel like that I am — I should not be involved investigating a campaign I had a role in.

Yes, because it takes such a deep knowledge of ethics rules to know you shouldn’t investigate corruption you might be part of yourself.

In other potential ethics violations, remember that whole incident with Kellyanne Conway and the shoes? No, not that one. The other one. The one where she went on television and told the world to buy Ivanka Trump’s shoes and stuff? Well, the White House decided she didn’t do anything all that wrong. In a letter sent to the Office of Government Ethics (via CNNMoney), a White House deputy counsel for compliance and ethics said,

Upon completion of our inquiry, we concluded that Ms. Conway acted inadvertently and is highly unlikely to do so again.

It is noted that Ms. Conway made the statement in question in a light, off-hand manner while attempting to stand up for a person she believed had been unfairly treated and did so without nefarious motive or intent to benefit personally.

Rep. Elijah Cummings of Maryland, the ranking Democrat on the House Oversight Committee, responded that “Other federal employees would likely be suspended for engaging in this conduct, and White House officials should not be held to a different standard.”